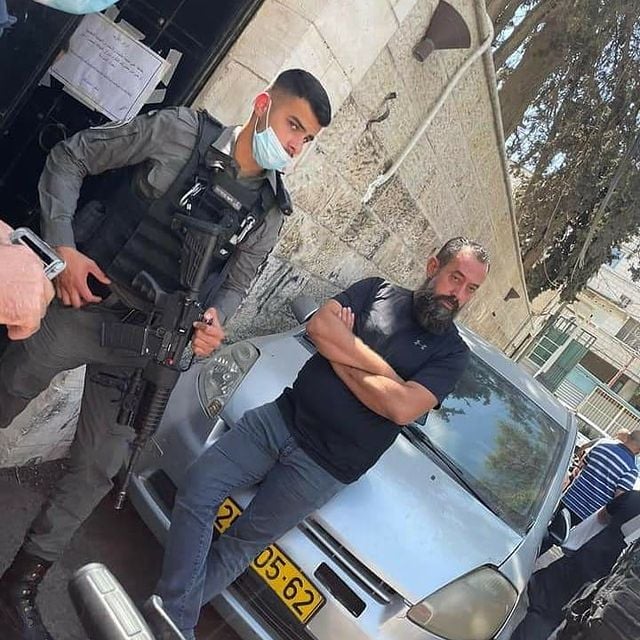 RAMALLAH, Wednesday, September 1, 2021 (WAFA) – Israeli forces today detained at least 13 Palestinians, including a school principal, and injured another across the West Bank, according to local and security sources.

They confirmed that Israeli police detained the principal of a secondary school after storming the school campus in the East Jerusalem neighborhood of Wadi al-Joz, under the flimsy pretext of meeting personnel from the Palestinian Ministry of Education.

While in the school campus, the police officers seized several computers and files as they ransacked the school buildings.

Meanwhile, Israeli forces rounded up two Palestinians after breaking into and ransacking the houses of their families in Beit Rima and Kobar towns, northwest and west of Ramallah city respectively.

Israeli soldiers also opened fire at a Palestinian at a military checkpoint at the entrance of Ni'lin town, west of the city. The casualty was identified as a resident of the town.

In the northern West Bank, Director of the Palestine Prisoner’s Society (PPS) Office in Jenin, Muntaser Samour, said that Israeli forces barged their way into Fandaqumiya village, southwest of the city, where they detained a woman.

The detainee was identified as the wife of a prisoner from the nearby town of Jaba‘.

Samour confirmed that another Palestinian was detained as he attempted to cross the Mavo Dothan checkpoint, southeast of Yaabad town.

In the southern West Bank, Israeli soldiers conducted a raid in the Bethlehem city neighborhood of As-Saff, resulting in the detention of two others.

Soldiers manning the Container military checkpoint, northeast of the city, stopped and detained another from Aida refugee camp.

In Hebron district, two others were detained in separate two raids in Halhul and Dura towns, north and south of the city.

Another Palestinian from Hebron district was rounded up as he was on his way to his work inside Israel.