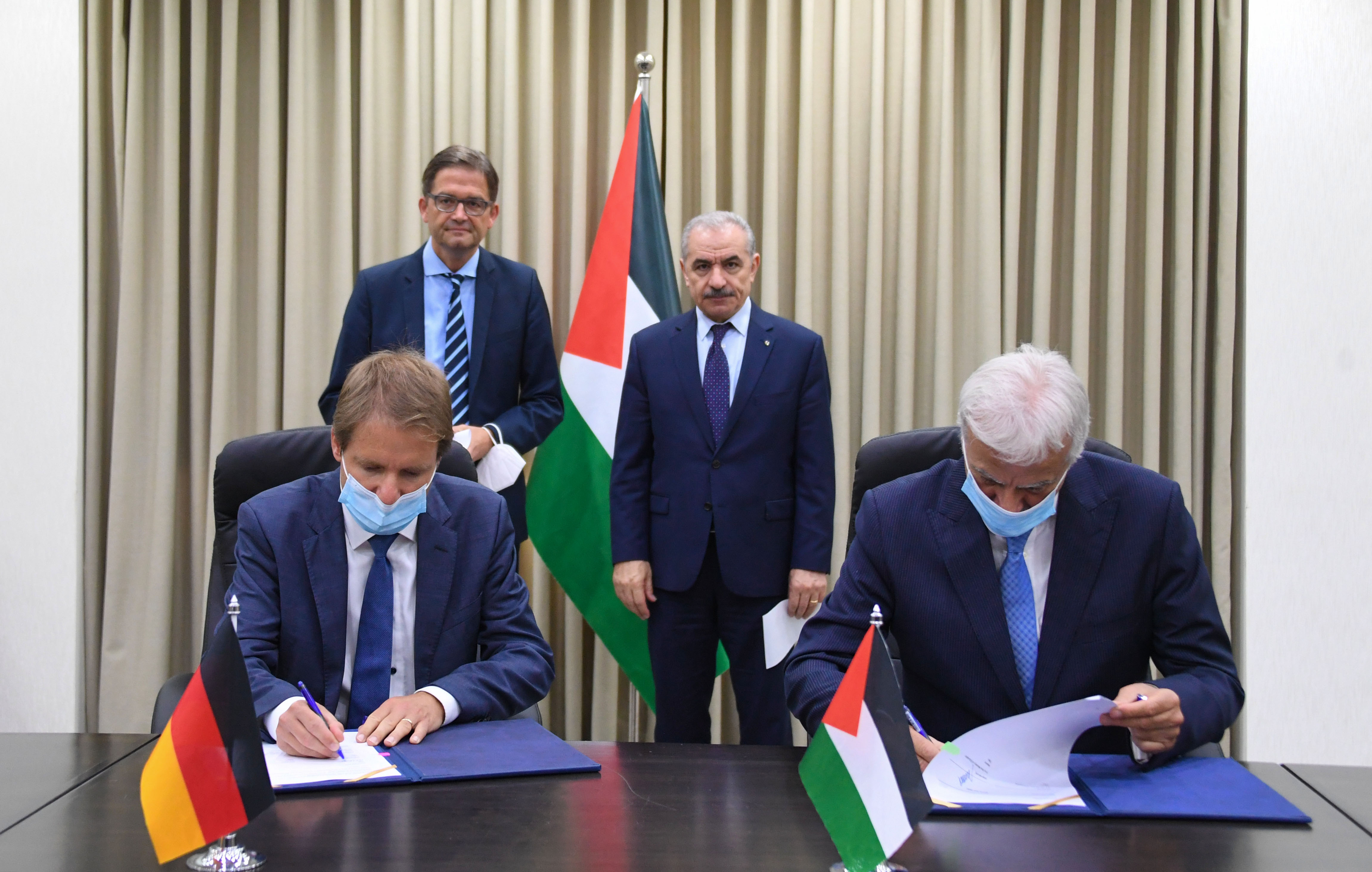 RAMALLAH, Thursday, August 26, 2021 (WAFA) - In the presence of Prime Minister Mohammed Shtayyeh, Minister of Education Marwan Awartani today signed with the Director of German Development Bank (KfW) Office in Ramallah, David Kunze, a grant of €25 million to support the education sector in Palestine.

The grant is provided by Germany, in partnership with Ireland, Finland, and Norway, to support the education sector.

Shtayyeh said that this agreement will cover the building and renovation of schools and the pre-school education, and will provide schools with equipment, as well as help capacity building of educational staff." He stressed that Germany is the most important supporter of the Palestinian people, thanking Germany not only for supporting the education sector, but for supporting many other sectors, including technical and vocational education, water, infrastructure, and most importantly, the spirit of partnership between Palestine and Germany in order to end the Israeli occupation and establish the state of Palestine and supporting the right of the Palestinian people to self-determination.

Meanwhile, the representative of Germany, Oliver Owcza, who also attended the signing ceremony, said that education is an investment in the human capabilities of any country as well as a human right.

"Education is a soft power, and we look forward to the continuation of joint cooperation between the two countries in many sectors," he added.