PA official: "Establishment of Palestinian state does not require the permission of the occupiers" 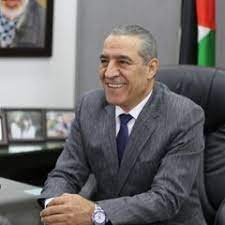 RAMALLAH, Wednesday, August 25, 2021 (WAFA) – A Palestinian Authority official stated today that the establishment of the Palestinian state does not require the permission of the Israeli occupiers.

Chairman of the Civil Affairs Commission and Fatah Central Committee member Hussein al-Sheikh took it to Twitter to say that “national rights aren’t a gift by the occupation.”

“Jerusalem is the capital of the State of Palestine, regardless of whoever admits it. Occupation & apartheid will not remain. The establishment of the Palestinian state does not require the permission of the occupiers,” he tweeted.

“National rights and the right to self-determination are neither a gift nor a grant by the occupation,” he added.