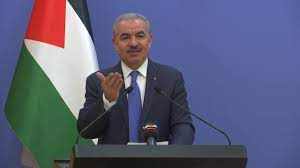 Shtayyeh decried the killing of 16-year-old Imad Hashhash by Israeli military gunfire during a dawn detention raid in Balata refugee camp and called on the world to hold the Israeli occupation authorities accountable for ongoing crimes against the Palestinian people.