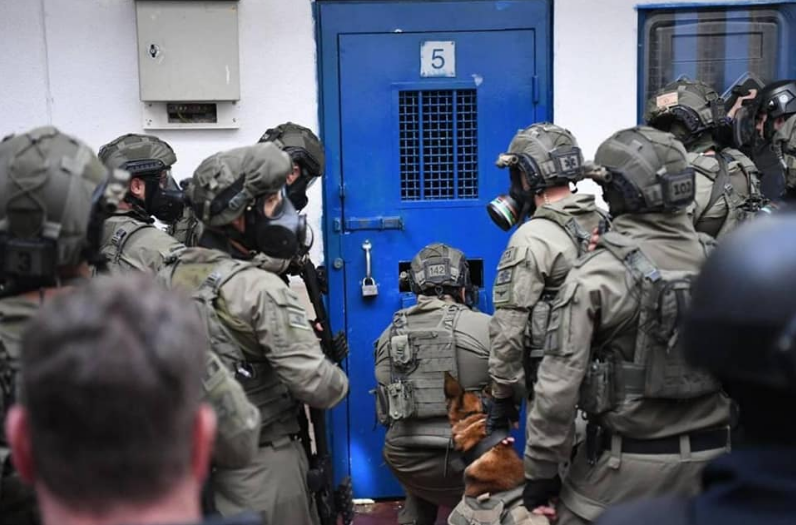 RAMALLAH, Sunday, August 08, 2021 (WAFA) – Israeli repression units raided today section 2 in the Israeli prison of Ktzi'ot, in the Naqab desert, where Palestinian political detainees are incarcerated, and brutally assaulted and clashed with them, according to the Palestinian Prisoner’s Society (PPS).

The Israeli prison’s repression units are composed of heavily trained soldiers armed with knives, batons, teargas canisters, electric sticks and other means of repression. The soldiers are especially trained to attack Palestinian political prisoners and keep them under constant crackdown.