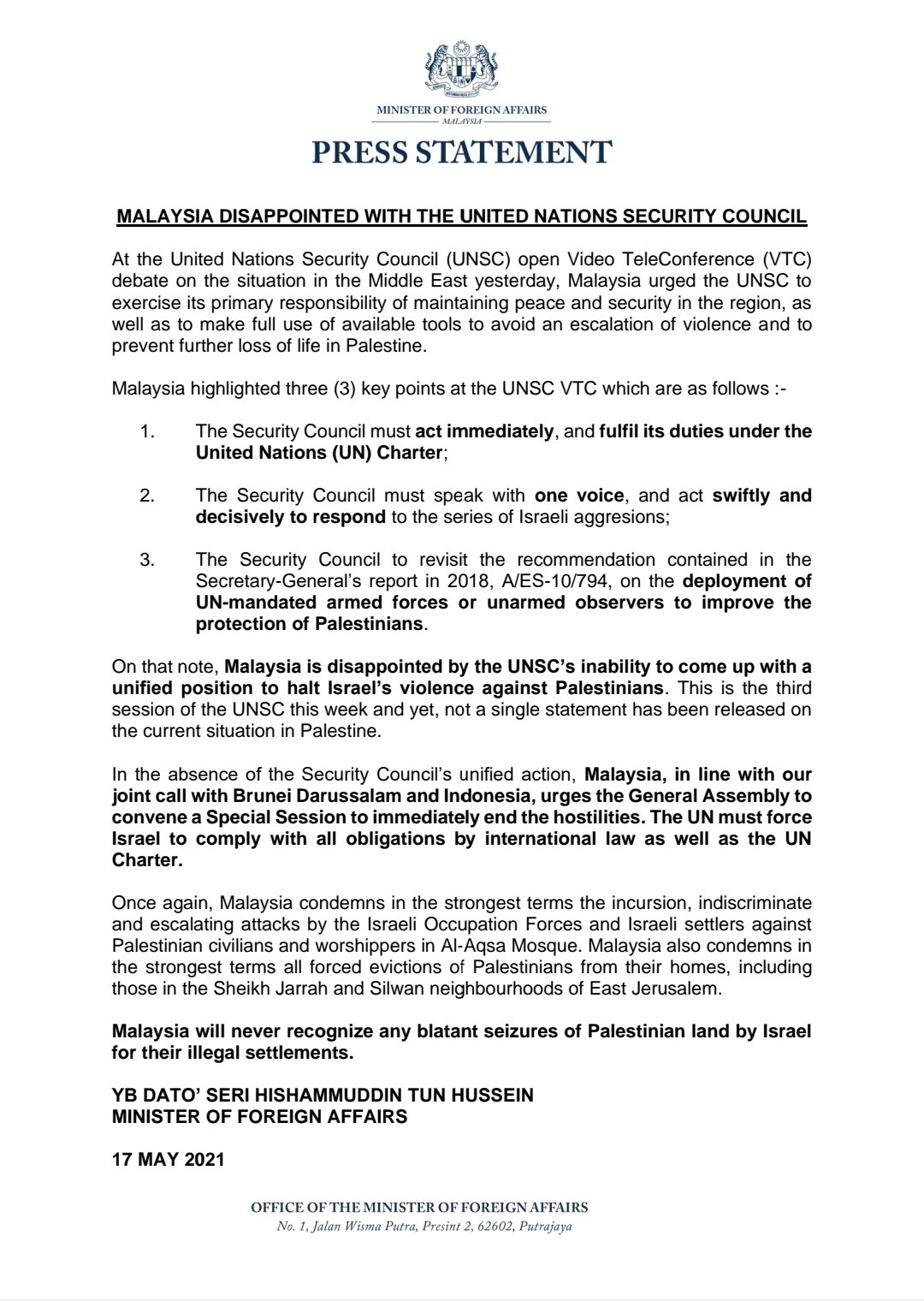 “This is the third session of the UNSC this week and yet, not a single statement has been released on the current situation in Palestine,” he said in a statement on Monday.

"In the absence of the Security Council's unified action, Malaysia, in line with our joint call with Brunei Darussalam and Indonesia, urges the General Assembly to convene a special session to immediately end the hostilities,” said the statement.

"The UN must force Israel to comply with all obligations by international law as well as the UN Charter," he said.

"Once again, Malaysia condemns in the strongest terms the incursion, indiscriminate and escalating attacks by the Israeli Occupation Forces and Israeli settlers against Palestinian civilians and worshippers in Al-Aqsa Mosque.”

Malaysia also condemned in the strongest terms all forced evictions of Palestinians from their homes, including those in the Sheikh Jarrah and Silwan neighborhoods of East Jerusalem.

“Malaysia will never recognize any blatant seizures of Palestinian land by Israel for its illegal settlements,” he said.