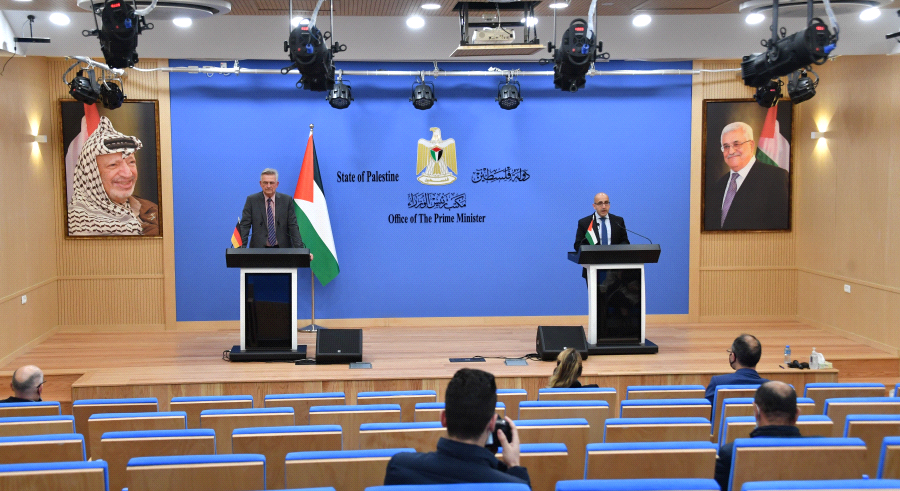 Head of the German Representative Office in Ramallah (left) with the special advisor to the Palestinian prime minister at the press conference. (WAFA Images)

RAMALLAH, Thursday, November 26, 2020 (WAFA) - The Government of Germany announced today a 55.56 million euros pledge to fund projects in the Gaza Strip and the West Bank, including Jerusalem, over the next year.

Special advisor to prime minister Mohammed Shtayyeh, Stephan Salameh, said the new German grand will be used to fund projects in various sectors, including water and sanitation, infrastructure for local government bodies, support for the private sector and small companies, the agricultural sector, youth employment, and vocational and technical training.

He said during a press conference at the end of the annual round of consultations between the Palestinian and German governments on German aid to Palestine, that all the projects that will be financed by the grant fall within the government's priorities, and cover all areas in the West Bank, Jerusalem, and the Gaza Strip.

German representative to Palestine, Ambassador Christian Klaghas, said that his country's support for the Palestinian government for the year 2021 will focus on the economy affected by the Covid-19 pandemic, creating temporary job opportunities and maintaining the sustainability of services.

He added that part of the new aid will go to finance the establishment of a distribution network for the desalination plant in the Gaza Strip, which serves about one million citizens in the Gaza Strip.

He affirmed German’s commitment to continuing its support to the Palestinian government, which comes within the framework of achieving the goal of establishing an independent Palestinian state based on the vision of the two-state solution. 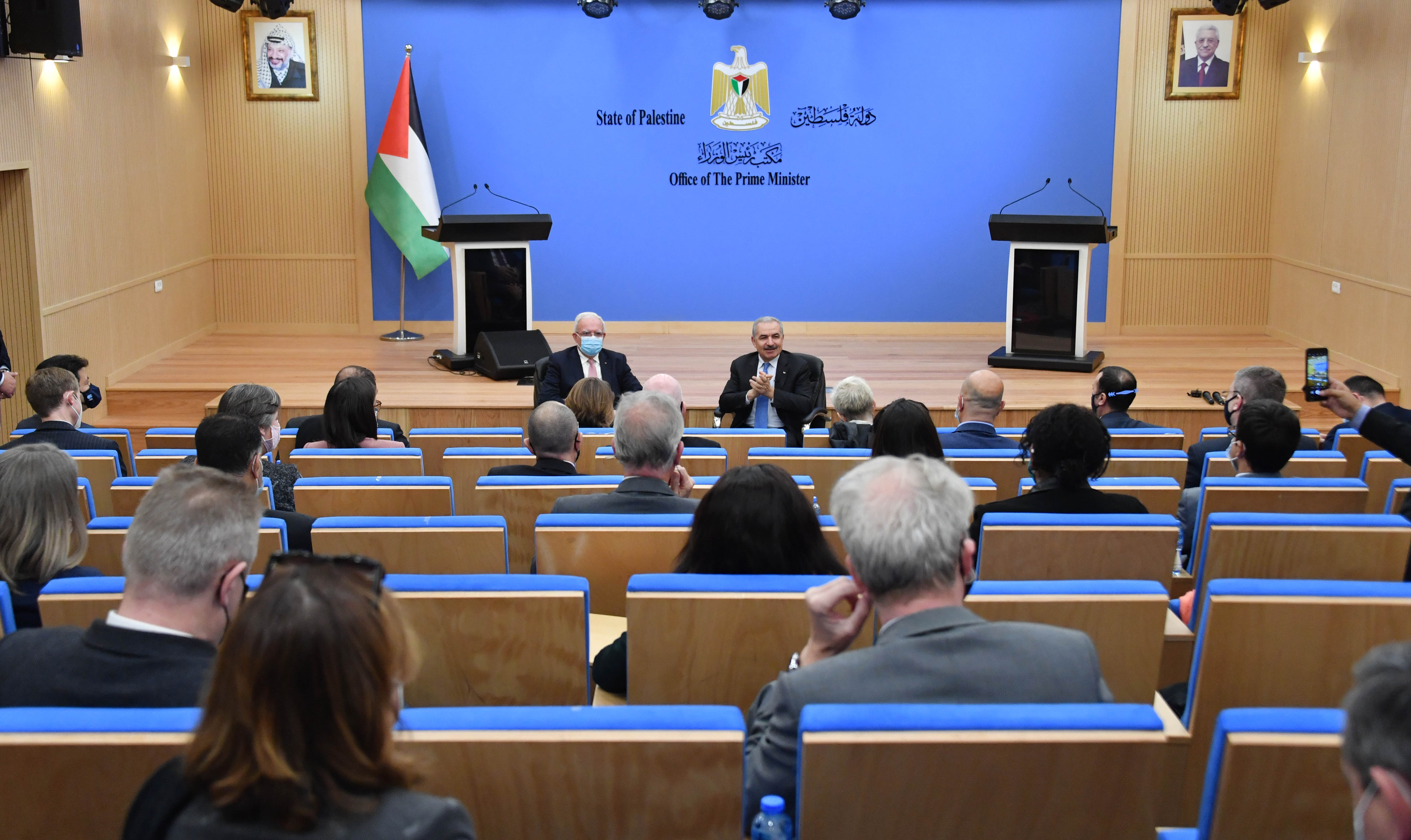