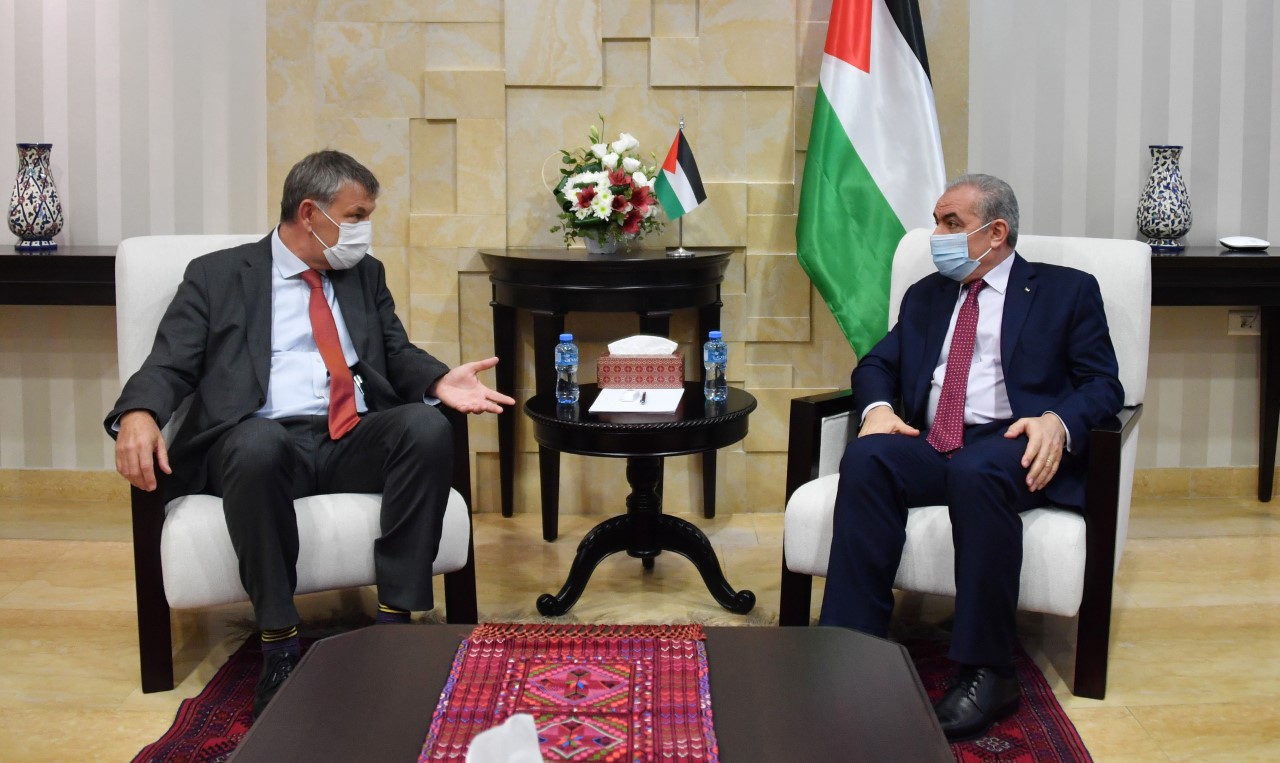 RAMALLAH, Sunday, November 8, 2020 (WAFA) – Prime Minister Muhammad Shtayyeh discussed today with Philippe Lazzarini, Commissioner General of the United Nations Relief and Works Agency for Palestine Refugees in the Near East (UNRWA), the agency's financial situation amid the financial crisis it faces due to the sharp decline in international aid.

During a meeting in Ramallah, the Prime Minister said that UNRWA suffers from the same financial war that the Palestinians are currently facing, mainly the suspension of the US financial aid as well as the attempts to cancel the mandate of the agency, which is an "integral part of the Palestinian narrative and the accumulative memory of the suffering of our people."

Shtayyeh reaffirmed the Palestinian leadership's support for UNRWA and its endeavors to maintain the agency in cooperation with the United Nations and the donor community until reaching a solution to the historical injustice practiced against the Palestinian people.

For his part, Lazzarini briefed the Prime Minister on the conditions of the Palestinian refugees in all their places of residence, as well as the efforts of the UN organization in providing its various services in the refugee camps.