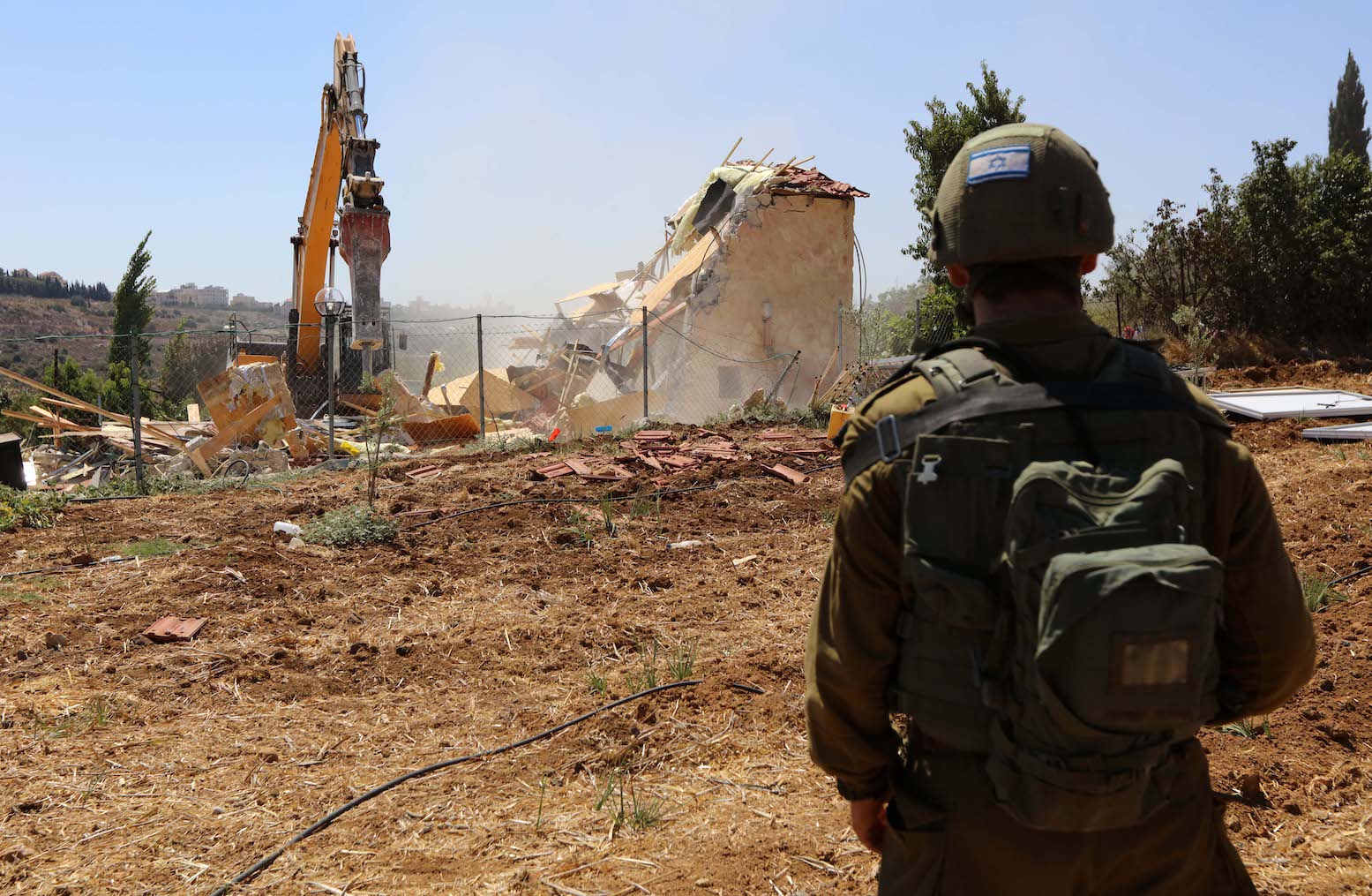 GENEVA, Wednesday, October 21, 2020 (WAFA) - “Despite the coronavirus pandemic and the accompanying economic crisis, Israel’s government has significantly stepped up the demolition of Palestinian structures further,” Euro-Mediterranean Human Rights Monitor warned in a policy memo it shared with European decision-makers earlier this month. “The period from March to August 2020 had the highest average destruction rate in four years.”

According to the memo, Israel had already set a record high last year with the number of Palestinian structures it demolished or confiscated. The overall amount of demolished structures that Euro-Med Monitor documented in 2019 was 555, 204 of them were in East Jerusalem alone, whereas 127 of them were funded by international donors (mainly the EU and its member states). The amount of EU-funded structures Israel destroyed or confiscated in 2019 was twice as much as in 2018.

The memo further noted “an even more alarming reality” where Israel’s increasingly “escalated and accelerated destruction of EU-funded projects” has been compounded in recent years by “a sharp decline in the number of EU-funded structures” in Area C and East Jerusalem. “In 2019, the number of internationally (mainly European) financed Palestinian projects shrank to only 12 compared to 75 in 2015.”

Euro-Med Monitor warned European lawmakers that such a phenomenon is “akin to penalizing Palestinians for the Israeli government’s destruction of European funded structures rather than standing up to Israel’s government.” The memo has similarly warned that the EU and its member states have been adamant to hide the magnitude of damage their funded projects have been incurring in the occupied Palestinian territories (oPt) and called on MEPs to investigate and publicly report on the issue.

The memo warned that the EU’s failure to translate its strong positions on the two-state solution and exert significant pressure on Israel to halt its assault on Palestinian structures have only encouraged Israel to escalate its practices that undermine the prospect of just and lasting peace. For instance, Israel’s Foreign Minister Gabi Ashkenazi has recently rejected out of hand any prospect of compensating the EU for the damage Israel has inflicted on its funded projects, and openly threatened of harsh consequences against EU projects in Area C.

The memo challenged Israel’s pretext for the demolition and confiscation of Palestinian structures as “lacking permits.” Euro-Med Monitor presented facts and figures that document how Israel has been purposefully denying permits to 98% of Palestinian structures in Area C, and how Israel has even assaulted EU-funded projects that were built with the approval of and in coordination with Israeli authorities.

“This alarming situation of Israeli rising demolitions and declining EU project funding cannot and should not be tolerated,” Ramy Abdu, Euro-Med Monitor chairman, stressed in his correspondence with EU lawmakers. “As long as the underlying status quo that enables Netanyahu’s government to carry out such assaults on EU-funded projects remains unaddressed and unconfronted, fears will grow amongst all donors to the oPt that whatever they build or rebuild will be destroyed again in no time.”

Euro-Med Monitor recommended to the European Commission and EU governments to undertake drastic measures that address the roots of the problem, including investigating and publicly reporting on all destruction of or damage to structures built with their funding; using meetings with Israeli authorities to articulate a clear and consistent European position on demolitions and destruction of EU-funded projects; demanding compensation from Israel if any further projects funded by the EU or its member states are destroyed; and continuing to invest in Palestinian development but substantively penalize the Israeli government rather than Palestinians.

The memo concluded that the EU should leverage the fact that it’s Israel’s largest trading partner and leverage close EU-Israel collaborations “to deter violations against EU-funded structures in the oPt.”