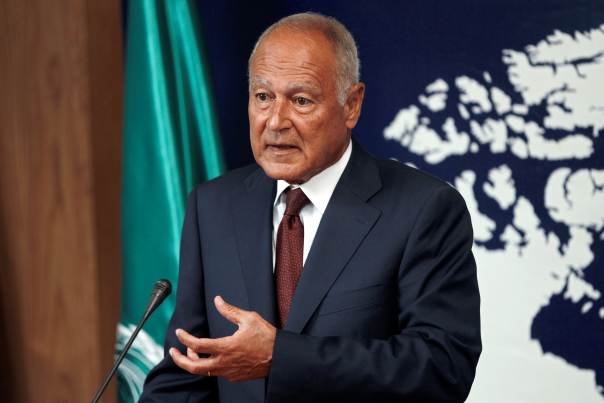 CAIRO, Thursday, October 15, 2020 (WAFA) – Secretary-General of the Arab League, Ahmed Aboul Gheit, denounced today Israel's approval of around 2,000 new housing units to be built in the illegal settlements of the occupied West Bank.

He condemned in a statement Israel's resumption of illegal settlement activity which contradicts the current Israeli government's claims of seeking peace and stability in the region.

Aboul Gheit reiterated that settlement activity remains a formidable obstacle to implementing a two-state solution, saying the "Netanyahu government's insistence on moving forward with settlement activity to satisfy the extreme right-wing reflects its rejection this solution and even its commitment to destroy the chances of achieving it [peace] in the future."

"The world should shoulder its responsibilities regarding the Netanyahu government's attempts to resume settlement activity to serve its own interests, especially since there are signs that other plans for settlement construction are being prepared to be announced soon," Aboul Gheit explained.

The Arab League Secretary-General said he had discussed the matter with the UN Special Coordinator for the Middle East Peace Process, Nickolay Mladenov, during a recent meeting at the United Nations Secretariat headquarters.