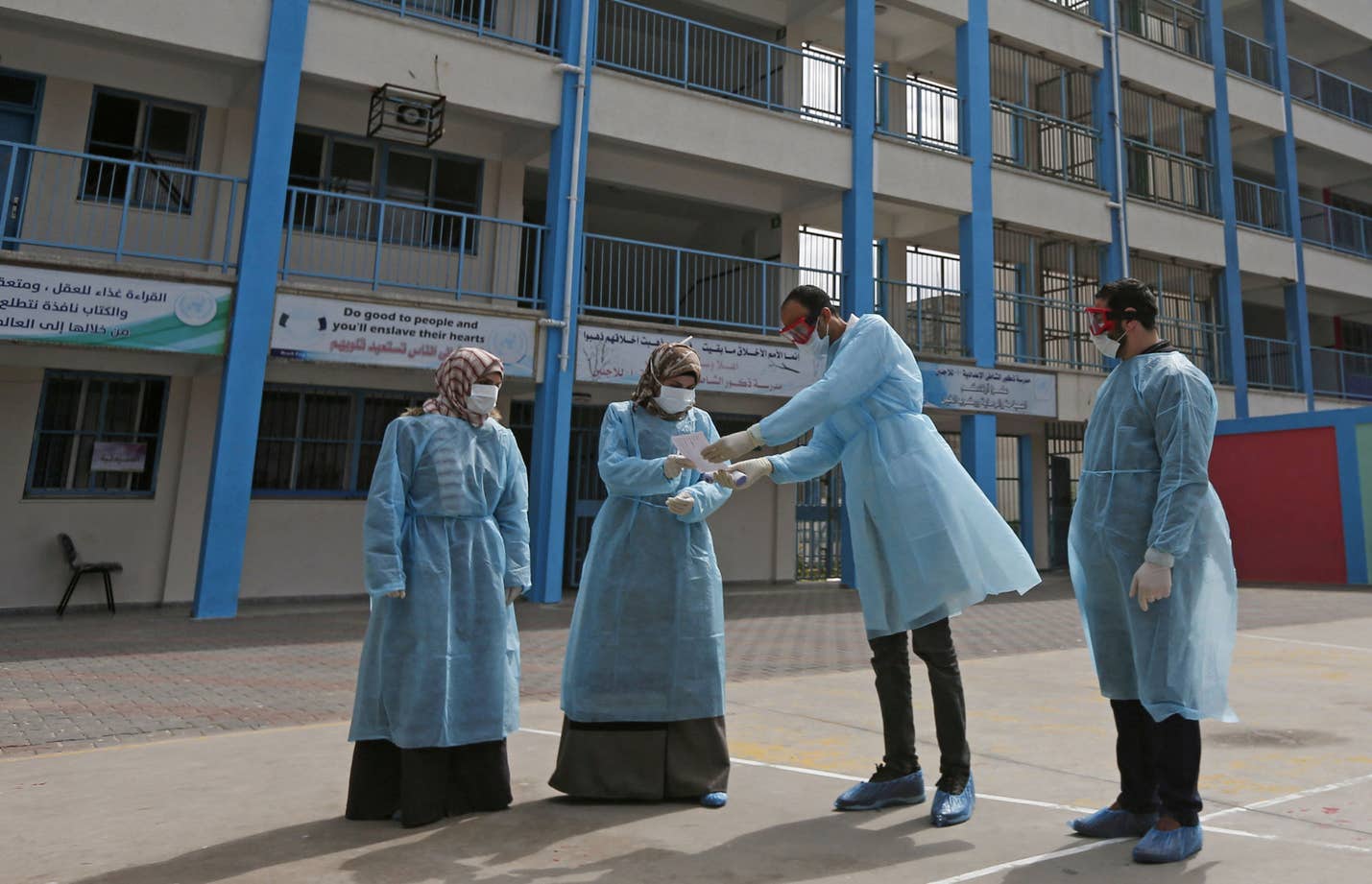 RAMALLAH, Sunday, October 4, 2020 (WAFA) – Some 54 percent of workers in the West Bank were absent from work during the lockdown imposed by the Palestinian government to contain the coronavirus pandemic from early March to May 25, 2020, said the Palestinian Central Bureau of Statistics (PCBS) today.

The PCBS said in its Socio-economic Conditions of Palestinian Households Survey that the declaration of emergency and the closure of all private and public institutions as a result of the restrictions imposed by the government to face the coronavirus pandemic were a main reason for absenteeism, with a percentage reaching 75%.

The effects of lockdown measures impacted the ability to work differently by economic activity in the West Bank, with the industry sector being more affected than any other sector. Accordingly, 51% of main income earners who stopped working were active in the industry sector. Also, workers in the agricultural sector were affected by the lockdown, where 7% of those main income earners who stopped working during the lockdown period were working in the agriculture sector.

Less Working Hours than the Usual

COVID-19 has markedly impacted income streams (wages and salaries). Only 23% of main income earners received their wages as usual, while 25% of them received their wages/salaries partially and 52% of them did not receive any wages/salaries at all during the lockdown period (95% of them work in the private sector, 2% work in the government sector, and 3% work in other sectors). However, the impact of COVID-19 on wages/salaries is very different in West Bank compared with Gaza Strip, as 61% of the main wage earners in the West Bank worked for no wages compared to 31% of them in Gaza Strip did not receive their usual wages. Similarly, there are gender variations, where 26% of the female main income earners did not receive their full wages, which is less than their male counterparts, representing 52%.

Access to health services was available to households in need

4% of households in need of health services were unable to access health services. where the results indicated that the lowest percentages of access were reported for immunization and care of chronic and unchronic conditions.

As for reasons for the inability to accessing healthcare services, the most important reason was that the healthcare centers and hospitals did not receive patients (39%), inability to pay (cover costs) (23%), fear of leaving the house (11%).

51% of households in Palestine with childern between the ages (6-18 years) and are enrolled in education before the lockdown period, whose childern particpated in eductional activities during the lockdown; (53% in the West Bank and 49% in Gaza Strip). Also, there is a clear variartion between the different governorates in terms of students participation, the highest participation was in Jerusalem Governorate (85%), and the lowest was in Hebron Governorate (39%).

Income of two Out of five households decreased to the half