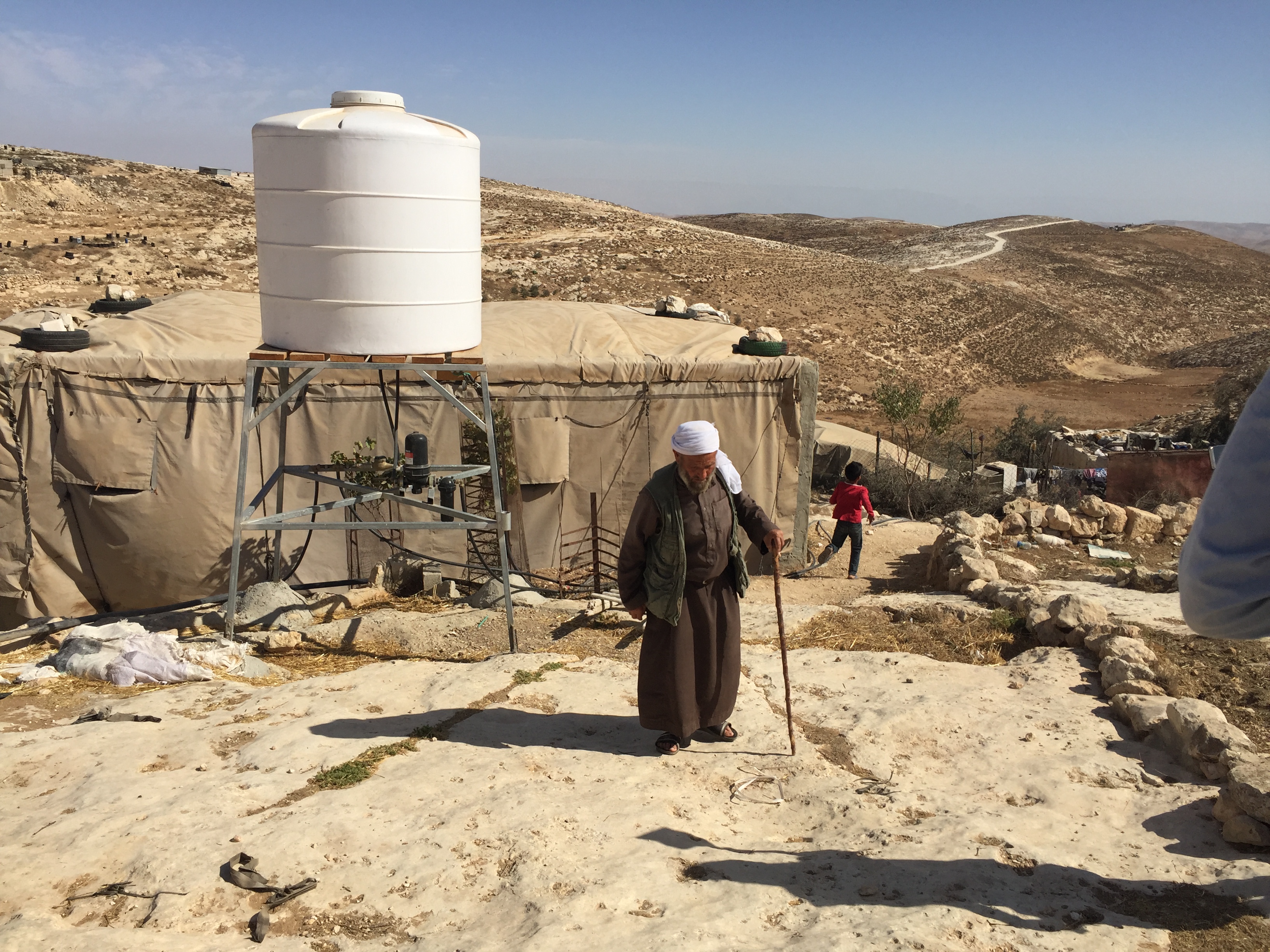 Palestinians in a village in Masafer Yatta facing eviction by the Israeli occupation authorities. (File photo)

HEBRON, Monday, September 14, 2020 (WAFA) – The Israeli military government today issued a demolition order against a Palestinian house in the village of al-Tuwwana, in Masafer Yatta in the south of the occupied West Bank, sheltering a family of 10 people, said local sources.

Israeli soldiers raided the village and informed Mahmoud Abu Aram that his 65-square-meter house where he lives with his family of 10, will be demolished alleging it was built without a permit.

Meanwhile, another resident of Al-Tuwwana was also informed by the army to halt construction on his house under the same pretext.

Mohammad Rabei, head of al-Tuwwana village council, told WAFA that these orders aim to force Palestinians out of their lands, which they inherited from their parents and grandparents and have legal land ownership deeds, in order to expand nearby illegal Israeli settlement built on seized Palestinian land.