Iran, Turkey slam UAE-Israeli deal as a "stab in the back" 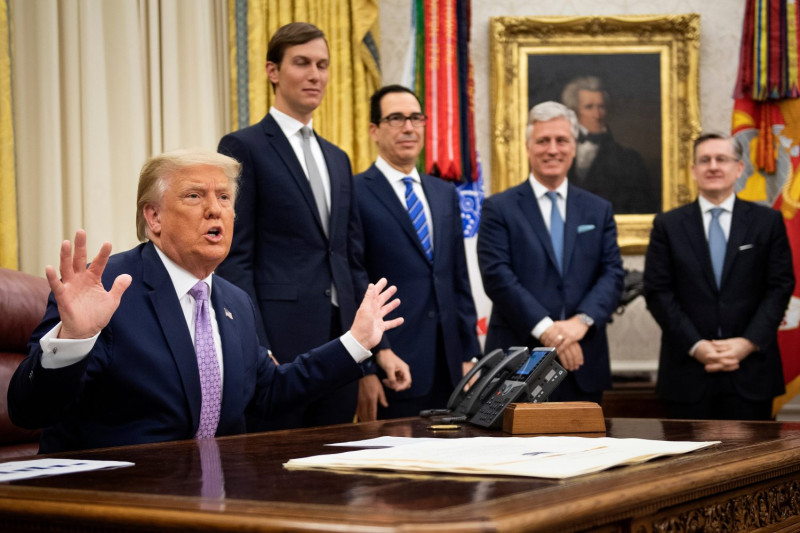 RAMALLAH, Friday, August 14, 2020 (WAFA) – The republics of Iran and Turkey vehemently condemned today the UAE-Israeli deal on a full normalization of the relations between the two countries.

"The UAE, which is pursuing secret ambitions over a US plan that is stillborn, null and void, ignores the willpower of Palestine," said the Turkish Foreign Ministry in a statement.

The statement added, "The UAE administration has no authority to negotiate with Israel on behalf of Palestine without consent from its people and administration regarding vital matters."

"Neither history nor the collective conscience of the region will ever forget and forgive the hypocritical behaviour of the UAE, which is trying to depict the deal as a sacrifice for Palestine, when in reality it is a betrayal to the Palestinian cause for its own narrow interests."

Meanwhile, Iran called the deal a "stab in the back" of all Muslims, according to a Foreign Ministry statement.

"The UAE government and other accompanying governments must accept responsibility for all the consequences of this action," Iranian Foreign Ministry said, describing the move as an act of "strategic stupidity from Abu Dhabi and Tel Aviv that will undoubtedly strengthen the resistance axis in the region."

"The oppressed people of Palestine and all the free nations of the world will never forgive the normalizing of relations with the criminal Israeli occupation regime and the complicity in its crimes."

The Iranian Foreign Ministry described the deal as a "dagger that was unjustly struck by the UAE in the backs of the Palestinian people and all Muslims."