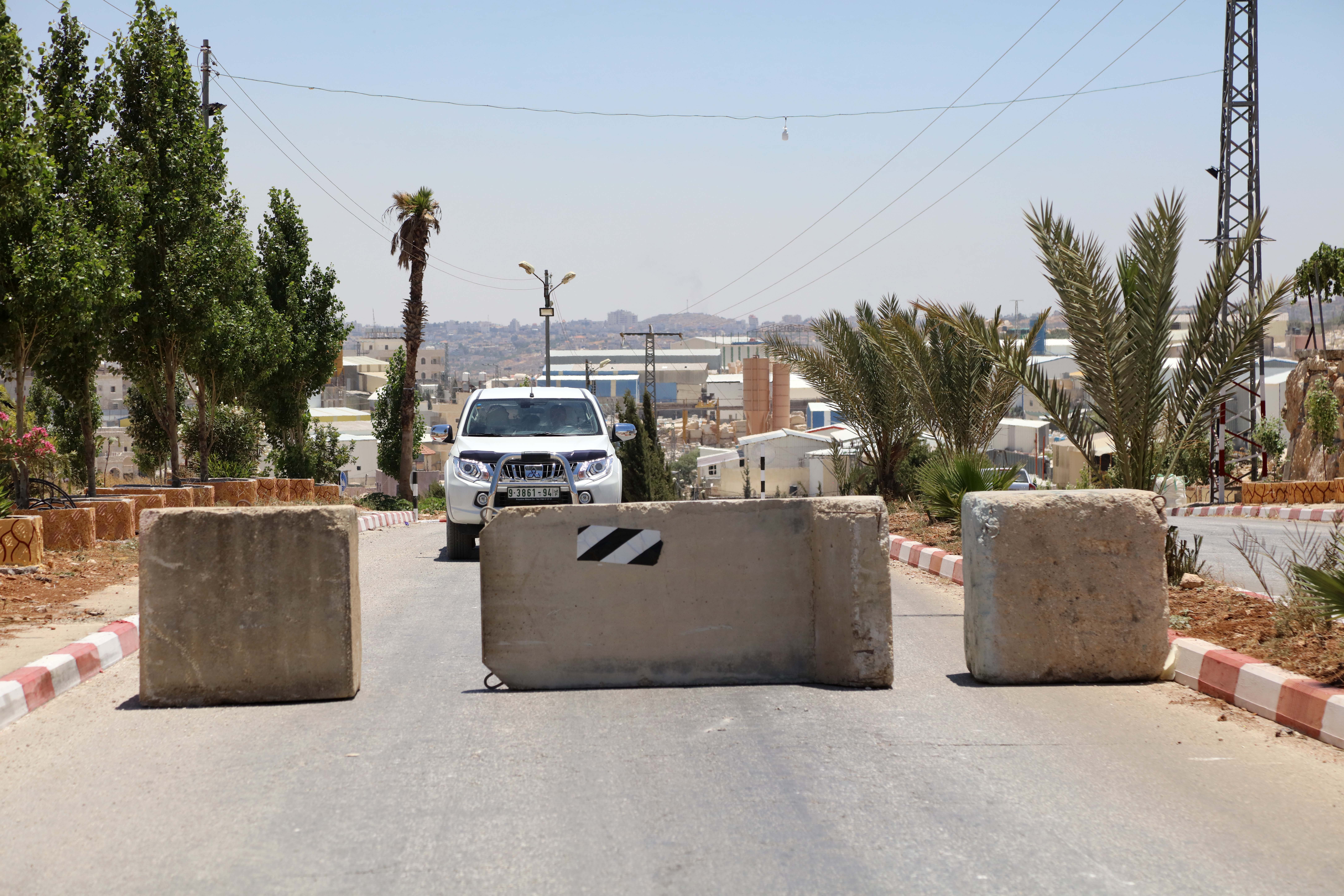 Closure of roads is one of Israel's collective policy imposed against the Palestinian population in the occupied territories. (WAFA Images)

Ahmad Tamimi, member of the PLO's Executive Committee who heads its human rights department, welcomed in a statement the report by Michael Lynk, the Special Rapporteur on the situation of human rights in the Palestinian Territory occupied since 1967 presented to the 44th session of the Human Rights Council held in Geneva.

"The report is another document added to international resolutions and laws concerning the justice of the Palestinian cause which will be built on to criminalize the Israeli occupation," he said.

"The report pinned attention to one of the many crimes committed by the Israeli occupation against our people, namely collective punishment, through closures, blockades, and demolition of houses, as a violation of state laws and human rights in the occupied territories," he said. "What is even more important, as pointed out in the report, is the political cover-up for these crimes and violations provided by the occupying state's government and the judiciary provided by its High Court."

In his report, Lynk has called on Israel to immediately stop all actions amounting to collective punishment of the Palestinian people, with millions of innocent harmed daily and nothing achieved but deeper tensions and an atmosphere conducive to further violence.

"It is an affront to justice and the rule of law to see that such methods continue to be used in the 21st century and that Palestinians collectively continue to be punished for the actions of a few," he said. "These practices entail serious violations against Palestinians including the right to life, freedom of movement, health, adequate shelter and adequate standard of living."

In his report, Lynk said Israel's strategy to control the Palestinian population violates a foundational rule of virtually every modern legal system: Only the guilty can be punished for their acts, and only after a fair process. The innocent can never be made to be punished for the deeds of others.

"The extent of the devastating impact of Israel's collective punishment policy can be most strikingly seen in its ongoing 13-year-old closure of Gaza, which now suffers from a completely collapsed economy, devastated infrastructure and a barely functioning social service system," the Special Rapporteur said.

"While Israel's justification for imposing the closure on Gaza was to contain Hamas and ensure Israel's security, the actual impact of the closure has been the destruction of Gaza's economy, causing immeasurable suffering to its two million inhabitants," the Rapporteur said. "Collective punishment has been clearly forbidden under international humanitarian law through Article 33 of the Fourth Geneva Convention. No exceptions are permitted."

The Special Rapporteur's new report also criticized Israel's continued policy to punitively demolish Palestinian homes. "Since 1967, Israel has destroyed more than 2,000 Palestinian homes, designed to punish Palestinian families for acts some of their members may have committed, but they themselves did not," he said. "This practice is in clear violation of Article 53 of the Fourth Geneva Convention."

Lynk said it was disheartening that the demolition of Palestinian homes is still viewed by the Israeli political and legal leadership, including the Israeli High Court, as a permissible deterrent. "In fact, these demolitions only further contribute to an atmosphere of hate and vengeance, as the Israeli security leadership has itself acknowledged."