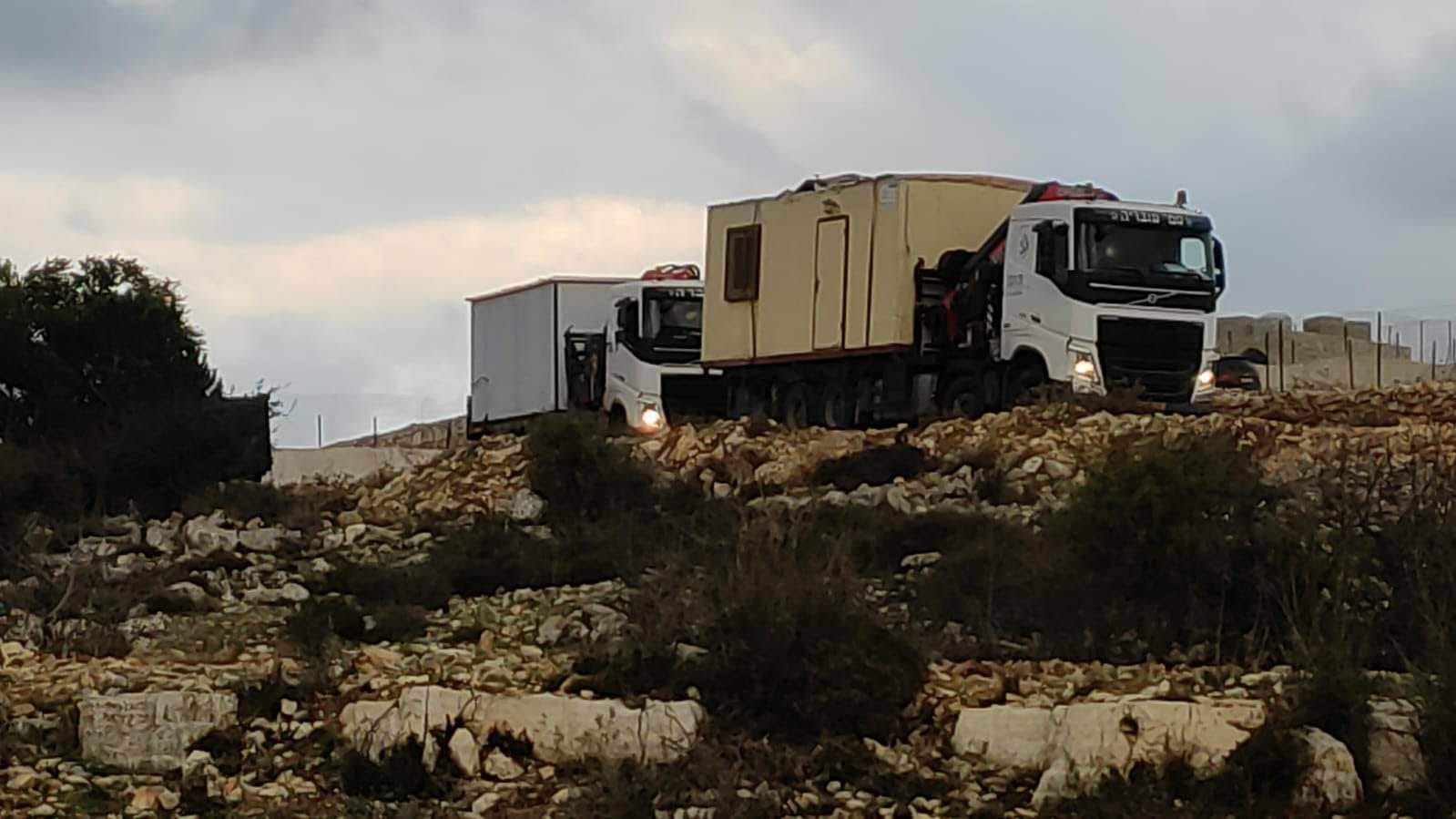 RAMALLAH, November 24, 2022 (WAFA) – Israeli occupation forces confiscated two caravans today and razed a land in the village of Atara, to the north of Ramallah in the occupied West Bank, according to local sources.

Yunis Arar, a spokesman for the Wall and Colonization Resistance Commission, told WAFA that the Israeli occupation army confiscated two caravans belonging to Palestinian owners and bulldozed a land in the village.

The area where the demolition took place is classified as Area C, the more than two-thirds of the occupied West Bank under full Israeli military and civil control, and where Palestinians are almost completely denied building permits by the Israeli occupation authorities.