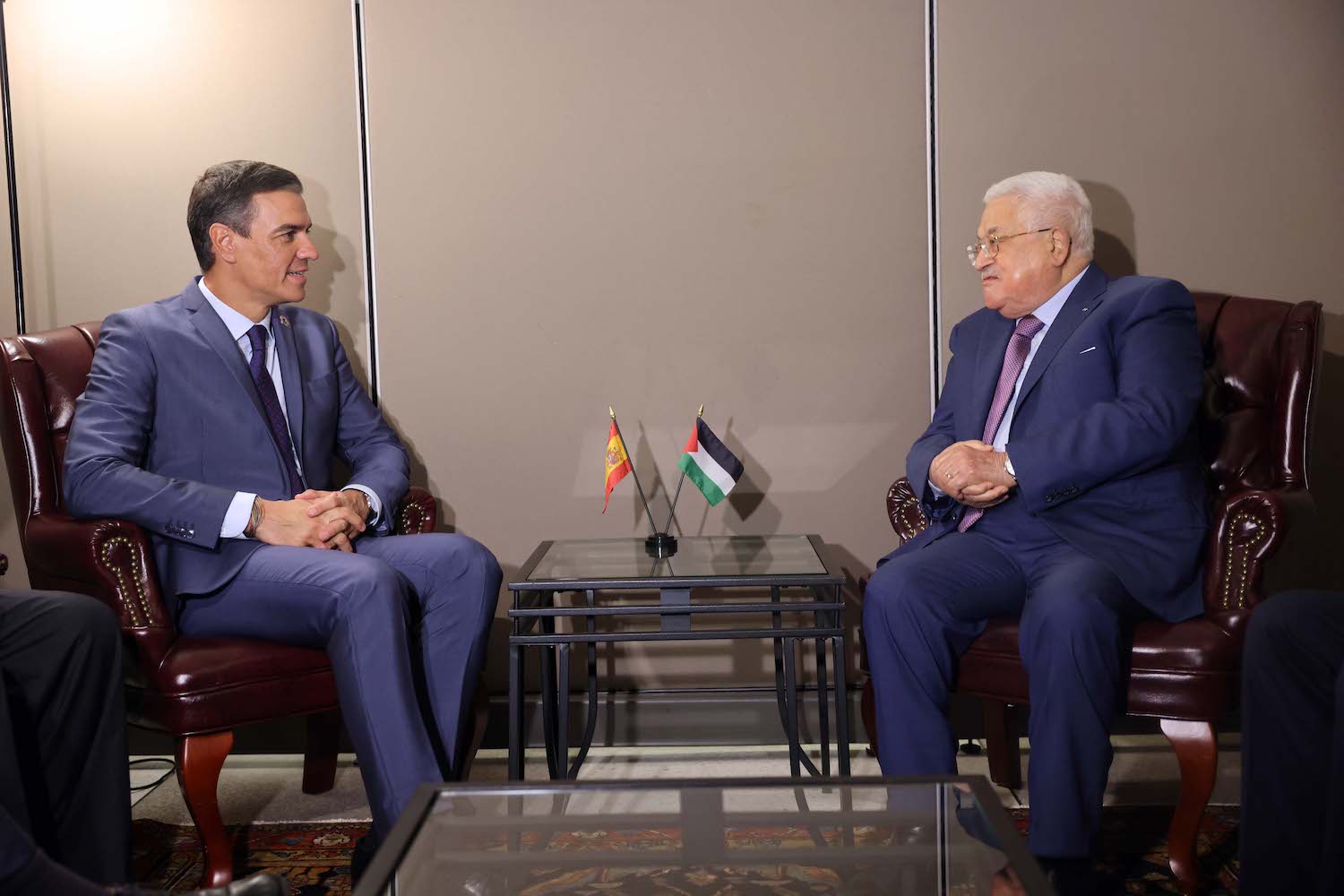 The President briefed the leaders on the latest in the political developments in light of the deadlock in the peace process and the difficult conditions of the Palestinian people living under the Israeli occupation.

He urged Sanchez to recognize the Palestinian state as efforts are underway at the UN to get a full membership for Palestine in the international organization.

The president of the World Jewish Congress Lauder told the President that achieving peace in the Middle East based on the two-state solution is important, expressing readiness to work with the President and all parties to achieve this goal.

In his meeting with the head of the ICRC, the President discussed the situation of the Palestinian prisoners in Israeli jails, calling for increasing family visits to their incarcerated members and putting an end to Israel’s illegal administrative detention, torture, medical negligence, and the importance of releasing the sick, the elderly, the women and the minor prisoners.

President Abbas is expected to address the General Assembly on Friday.