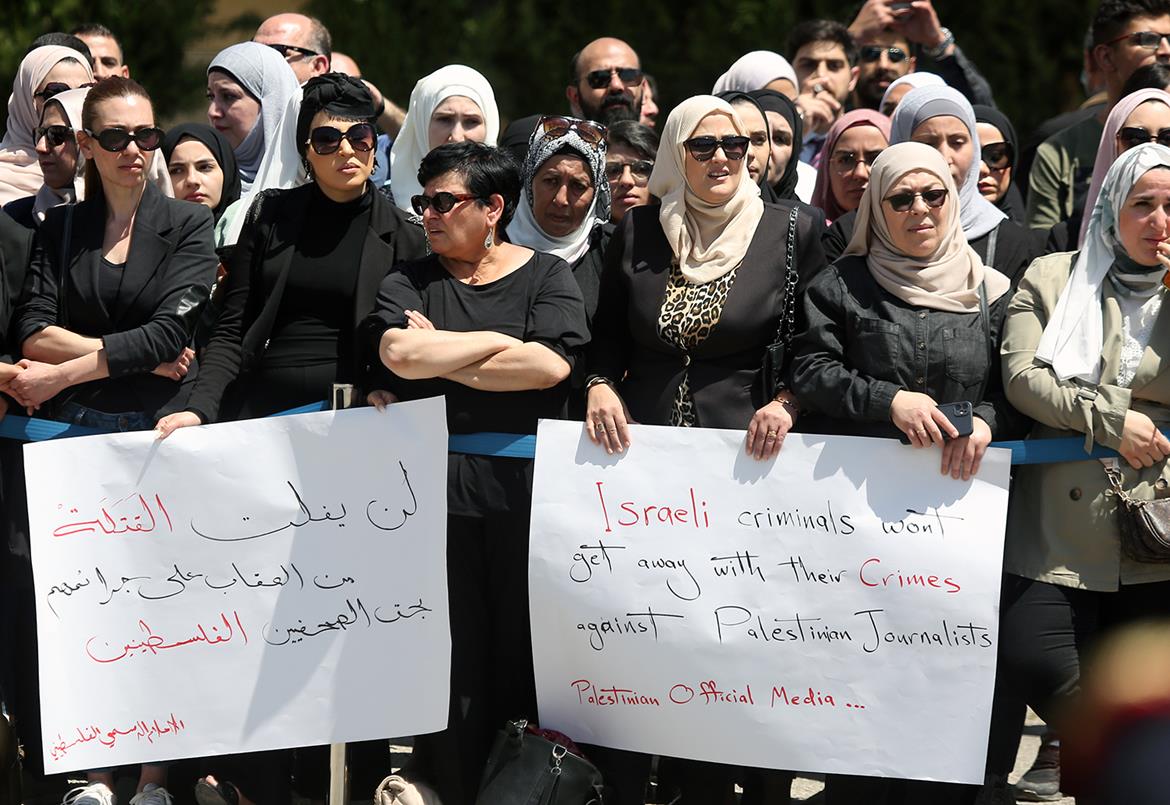 RAMALLAH, Saturday, August 20, 2022 (WAFA) – The Israeli occupation forces committed 479 violations against Palestinian journalists during the first half of this year, the Palestine Journalists Syndicate (PJS) said in a report yesterday.

“The Israeli occupation forces were responsible for at least 479 violations of media and journalists' rights in Palestine during the first half of 2022, including the assassination of Al Jazeera correspondent Shireen Abu Akleh,” the report stated.

Among the violations documented by the PJS were the detention of journalists and prevention of coverage, amounting to 175 cases.

The PJS also documented 80 cases of physical assault by the Israeli occupation forces and 65 cases of attacks perpetrated by Israeli settlers.

It also noted, “The increase in the attacks by Israeli settlers against Palestinian journalists under the protection of the army was remarkable and growing.”

"Journalistic in Palestine work under attack. We renew our call on relevant international and human rights organizations to take decisive actions to stop the targeting of journalists by the occupation forces,” the PJS urged.