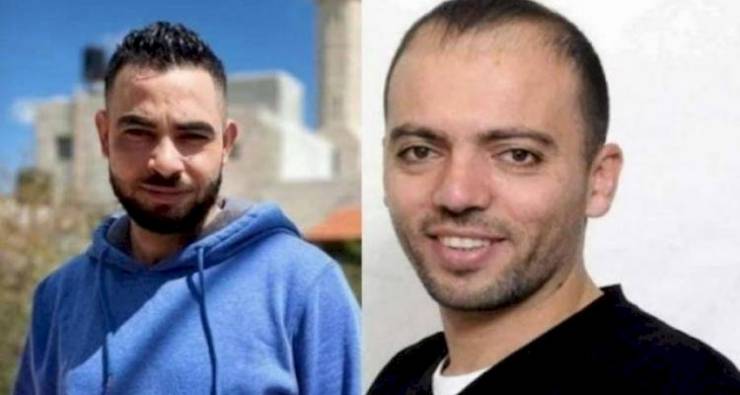 RAMALLAH, Sunday, July 17, 2022 (WAFA) – Two Palestinian administrative detainees in Israeli prisons currently remain on an open-ended hunger strike for 102 and 16 days in a row in protest of their unfair administrative detention without a charge or trial, according to the Detainees Affairs Commission.

Ra’ed Rayyan, 27, from Beit Duqqu village, northwest of Jerusalem, has been on hunger strike for 102 days in protest of his detention without charge or trial since 3 November 2021. He is said to be suffering from serious health complications due to his long fast. Rayyan is currently held in the infamous Ramla Prison clinic.

Khalil Awawdeh, 40, from the town of Idna in the southern West Bank district of Hebron, has been on hunger strike for 16 days in protest against his prolonged administrative detention without charge or trial.

Last month, Awawdeh broke a 111-day fast after being reassured by Israeli prison authorities that his administrative detention will not be renewed, but he resumed the hunger strike a week later after the occupation authorities reneged on their promise not to end his unfair detention order.

He is currently detained at the Israeli hospital of Assaf Harofeh. Awawdeh is a father of four and an ex-prisoner in Israeli prisons.