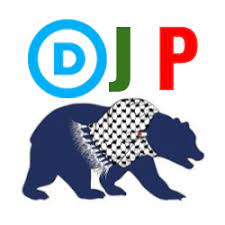 Sacramento Democrats for Justice in Palestine (DJP) said that on July 4, U.S. State Department spokesperson Ned Price issued this statement regarding an investigation conducted by the U.S. Security Coordinator (USSC) after U.S. ballistic experts were dispatched to Palestine/Israel to inspect the bullet that killed American journalist Abu Akleh.

“Sacramento Democrats for Justice in Palestine, the Arab American community and allies reject the findings of the USSC and consider the findings an attempt to whitewash Israeli crimes,” the statement read.

DJP chairman, Murad Sarama, added: “The Department of State statement is a clear mockery of a tragic event. The investigation should not stop at the examination of the bullet and should include a collaboration on the ground, as called for by 24 U.S senators in a letter to the Biden Administration, including a complete crime scene review and eyewitness statements. It is unfortunate that some independent media outlets, including a CNN report, conducted more thorough investigations.”

DJP along with the Arab American community and their allies called on their local congressional delegation, Representatives Ami Bera and Doris Matsui, along with their colleagues, to reach out to the Biden administration to reevaluate the investigation and request a more thorough one.