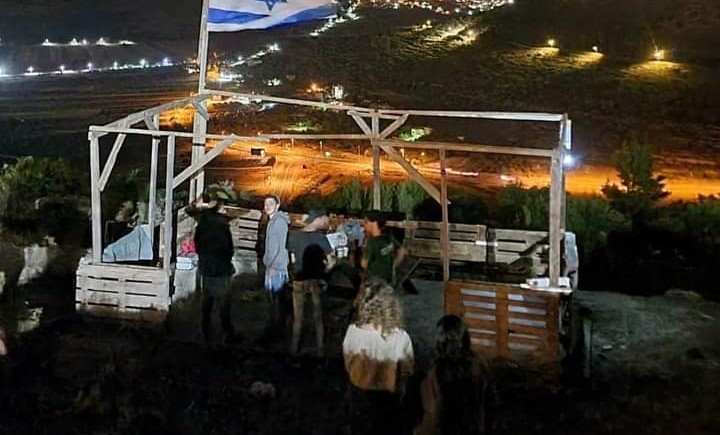 The outpost settlers had set up on al-Lubban al-Sharqiyua land.

NABLUS, Wednesday, June 08, 2022 (WAFA) – Israeli settlers today re-erected a colonial settlement outpost on the lands of al-Lubban al-Sharqiya village, south of Nablus, a day after the Israeli army has dismantled it, according to local sources.

They said that scores of settlers gathered at an area known as al-Jneina, located on the outskirts of the village, and set up the outpost, a prelude to building a new settlement in the area.

The village has been a frequent target of settler attacks as dozens of settlers and soldiers usually storm the village and prevent students from reaching their schools.

Almost 3,000 Palestinians live in al-Lubban al-Sharqiya, which sits on the main road that connects several Palestinian towns and villages to the city of Nablus in the north.