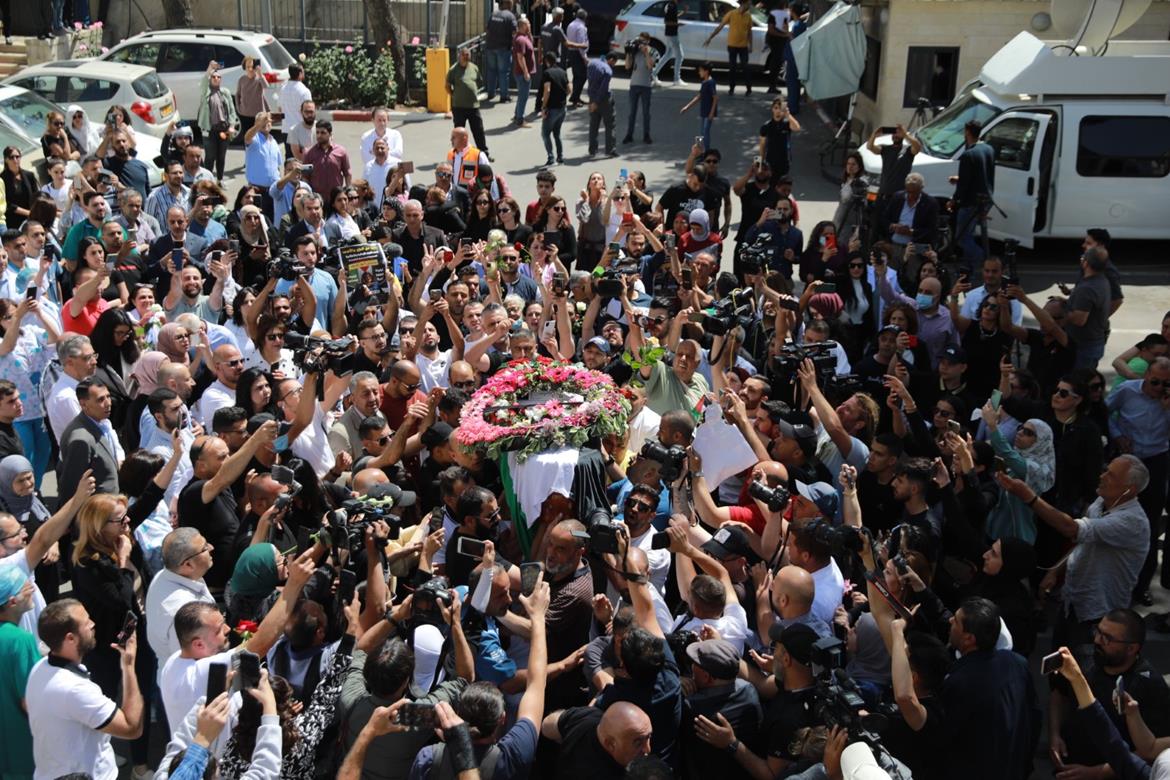 Palestinians carrying the coffin of Shireen Abu Akleh as it arrived at St. Joseph's Hospital in East Jerusalem. (WAFA Images)

JERUSALEM, Thursday, May 12, 2022 (WAFA) – Israeli police today obstructed the funeral convoy of slain veteran Al Jazeera journalist Shireen Abu Akleh on its way to an East Jerusalem hospital where her body will be kept until the funeral tomorrow afternoon, according to WAFA correspondent.

She said that Israeli police intercepted the convoy of Al-Jazeera reporter, who was killed by Israeli military gunfire in the northern West Bank city of Jenin on Wednesday, as it was making its way to the hospital.

Soon after the convoy was allowed entry through the Israeli military checkpoint of Qalandia coming from Ramallah, police stopped the mourners who accompanied it, detained Fatah activist Shadi Matour and briefly held Walid al-Omari, the bureau chief of Al Jazeera in Jerusalem and Ramallah.

Police inspected the ambulance carrying Abu Akleh’s body and seized her scarf which had traces of her blood and was decorated with the Palestine flag, before allowing it to proceed.

Friends, family and acquaintances of Abu Akleh gathered at the hospital to receive the funeral.