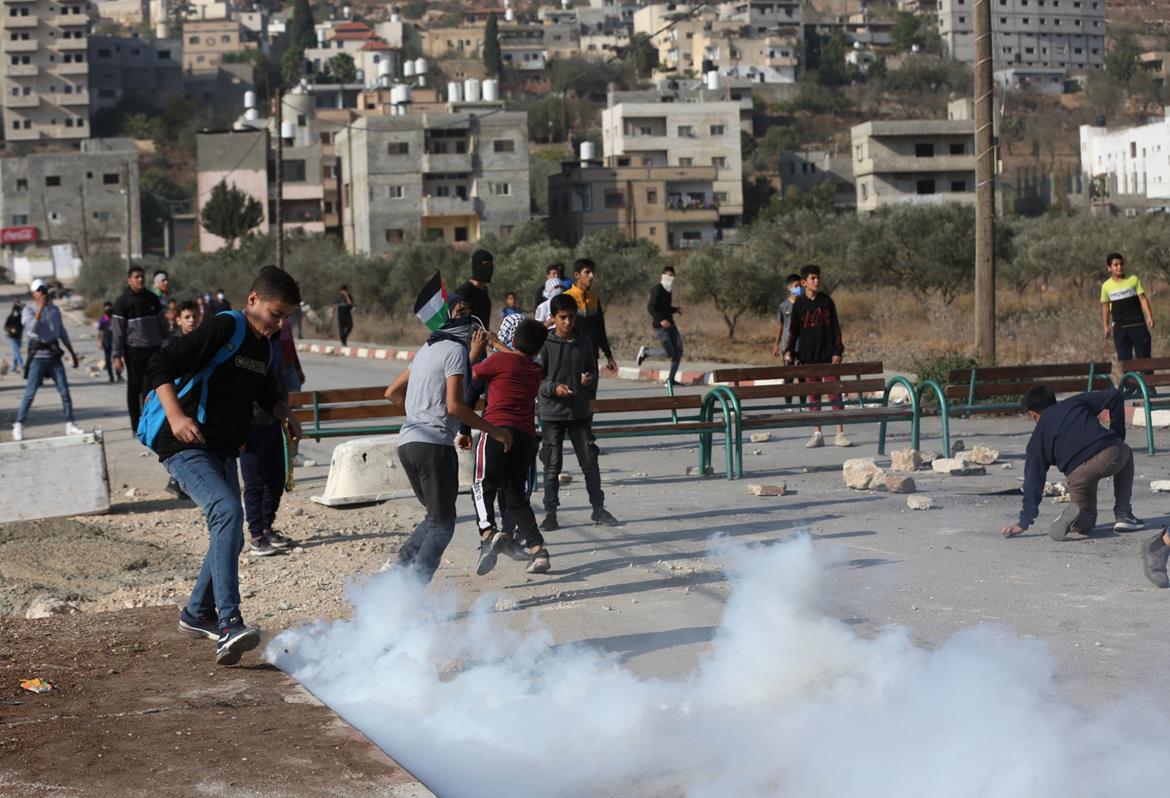 NABLUS, Tuesday, May 10, 2022 (WAFA) – Two schools in the northern West Bank town of Burqa, northwest of Nablus, were today quickly evacuated from their students and teachers after soldiers opened live fire in the direction of the schools, according to a local official.

Ghassan Daghlas, who monitors Israeli settlement activities in the north of the West Bank, told WAFA that the soldiers shot live bullets at the schools following the outbreak of confrontations in the area.

He said this was the second day in a row the schools come under attack from the Israeli soldiers, explaining that the soldiers also yesterday fired tear gas at the schools causing panic among the students and suffocation cases.