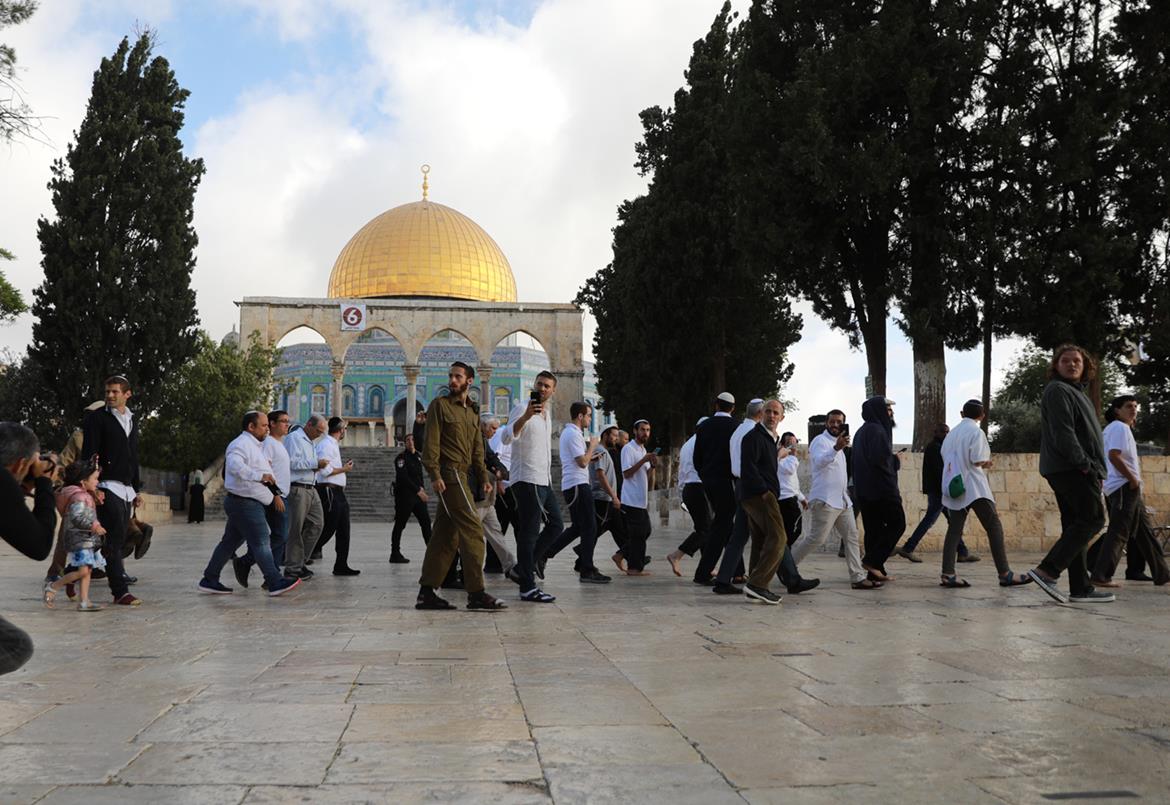 The violent confrontations erupted as police allowed dozens of settlers to barge their way into the courtyards of the site from the direction of the Moroccan Gate, known in Arabic as Bab al-Maghariba, in celebration of what they call Israel’s “Independence Day”, which saw the ethnic cleansing of 750,000 to one million indigenous Palestinians 74 years ago and turning them into refugees to establish a Jewish-majority state in Palestine.

The settlers waved the Israeli flag at Alqatanin Gate, located on the western side of the site, and sang Israel’s national anthem.

Police scuffled with Palestinians barricading themselves within the site and attempted to force them, including journalists, out of the courtyards to make room for the intruders.

They also sealed off the Qibli prayer area within the mosque compound, denying worshippers access to it and caused damage to 800-year-old Salah Al-Din Minbar (pulpit), located inside the prayer area.

Palestinians mobilized to defend the site in anticipation of the renewed settler intrusions following calls by Israeli Prime Minister Baftali Bennett for settlers to tour the site on Israel’s “Independence Day”.

On Tuesday, police banned the call to prayer over loudspeakers during Isha (evening prayer) at the compound as groups of settlers chanted Israel’s national anthem and raise flags.

The police violent crackdown on Palestinians at the site is reminiscent to the 2021 Ramadan tensions and May violence over Israeli settler takeover of Palestinian property in Sheikh Jarrah and encroachments upon the mosque compound, culminating in Israeli onslaught on Gaza and large-scale protests among Palestinian citizens of Israel.

Palestinians in the coming weeks will commemorate the Nakba, or “the Catastrophe”, when the ethnic cleansing of hundreds of thousands of Palestinians by Zionist militias took place to create the state of Israel in 1948.