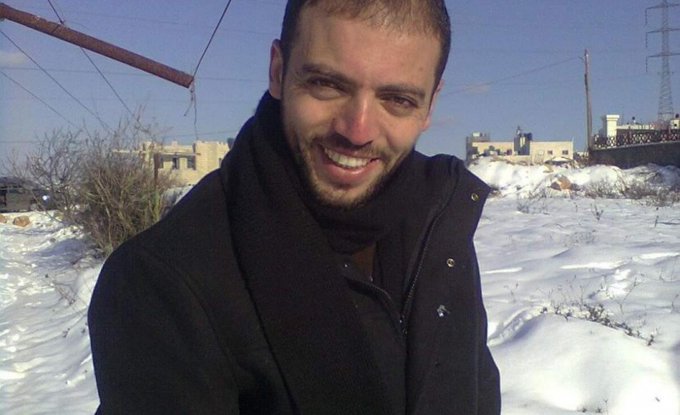 RAMALLAH, Sunday, April 10, 2022 (WAFA) – Khalil Awawdeh, 40, a Palestinian in Israeli detention, has been on hunger strike for 38 days in protest of his detention without charge or trial, the Palestinian Authority’s Detainees Affairs Commission has said.

Hasan Abd Rabbo, a spokesman for the commission, told WAFA that Awawdeh is suffering acute headache and joint pain all the time, and has lost 16 kg of weight after 38 days of hunger strike in protest of his unfair administrative detention, without charge or trial.

A father of four daughters, Awawdeh was arrested by the Israeli occupation forces on 27 December 2021, and was immediately placed under administrative detention, without charge or trial.

Meantime, Palestinian prisoner Khalil Musa Musbah has been on hunger strike for six days in protest of being placed in solitary confinement at Israel’s Asqalan Prison. He’s been in prisons since 2003, and is serving a 20-year prison sentence.