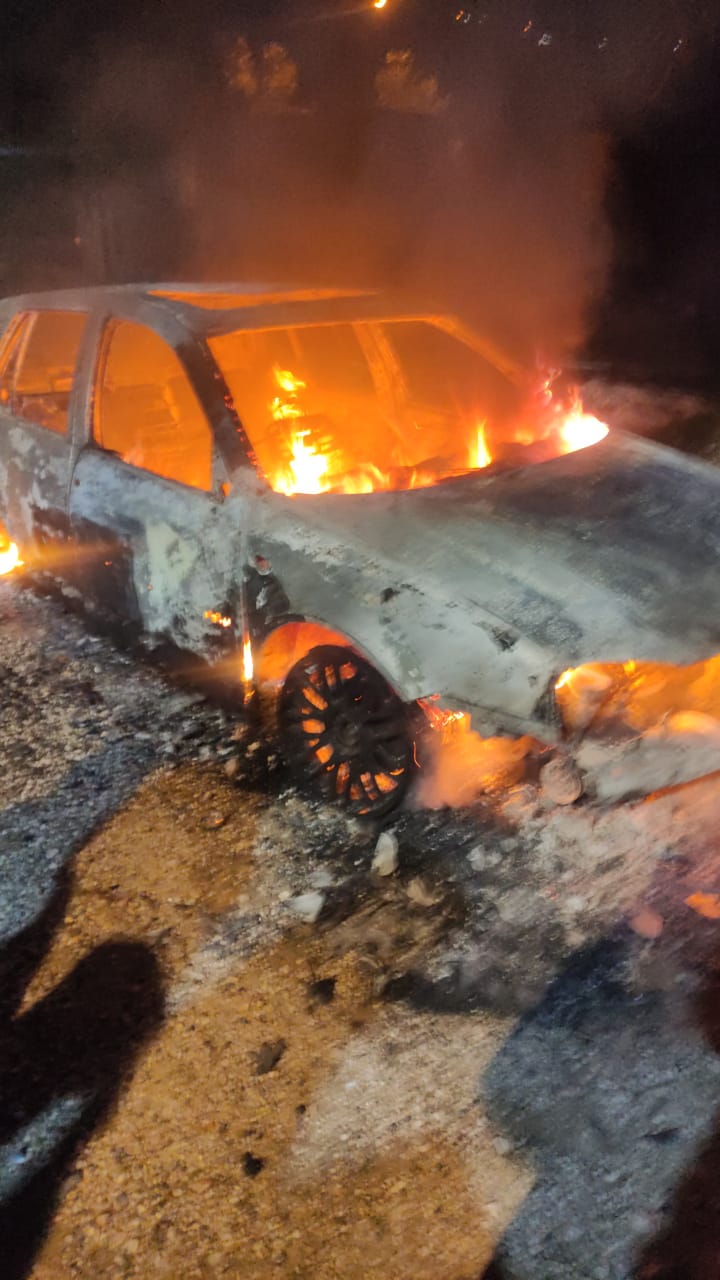 A car set on fire by settlers in Jaloud.

He said settlers from the illegal settlement of Adi Ad sneaked into the eastern parts of the village where they torched several vehicles before residents were able to kick them out of the village.