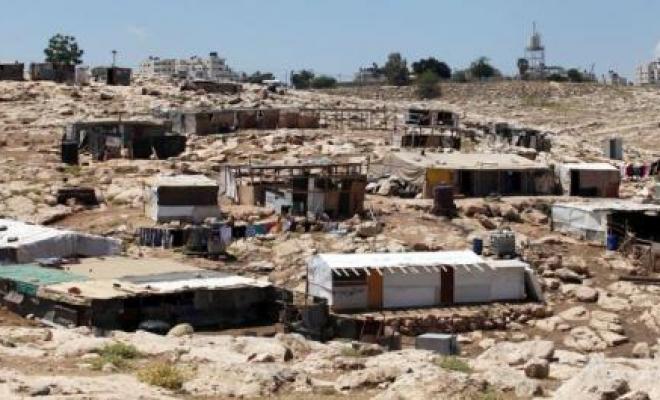 A Bedouin community in the occupied West Bank.

He told WAFA that Ahmad Jahalin has received a final demolition order for the shelter where he lives with his wife and infant son in the community under the pretext it was built without a permit and was given seven days to either demolish it himself or be demolished by the army.

This is the second demolition order Ahmad Jahalin receives for his home. The first one was in October of last year.