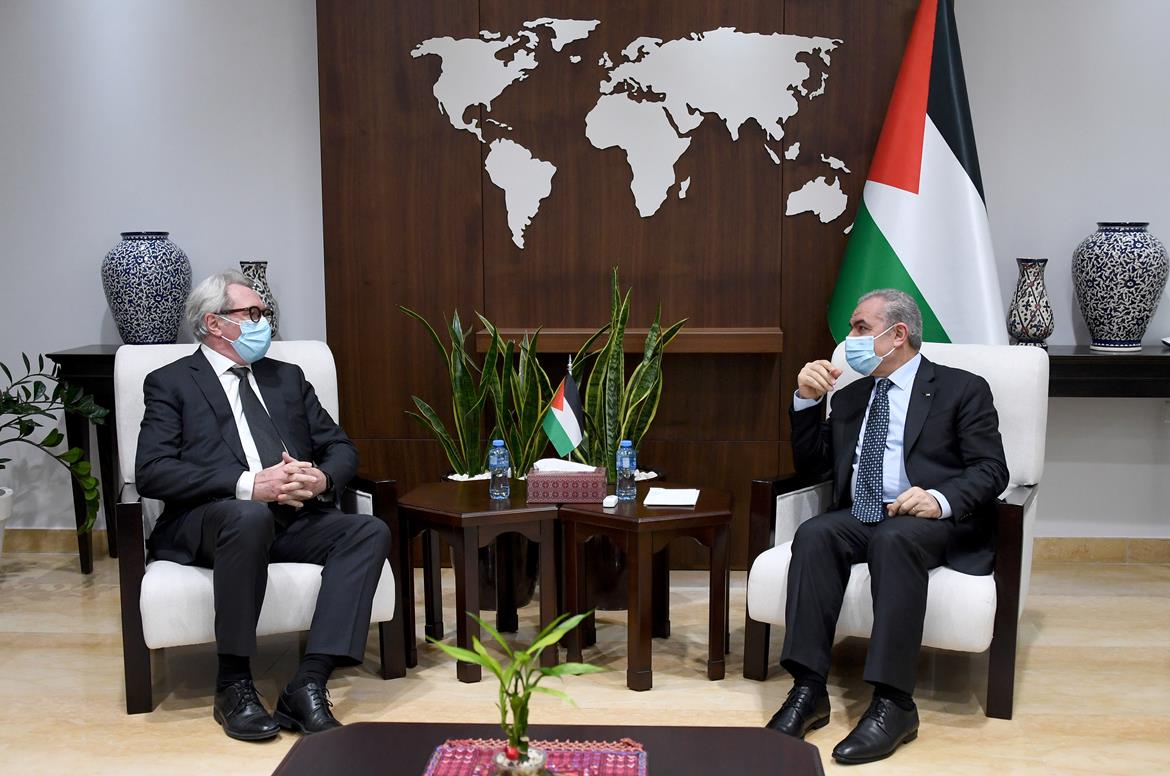 RAMALLAH, Tuesday, March 1, 2022 (WAFA) – Prime Minister Mohammad Shtayyeh met today at his Ramallah office with the Norwegian Special Envoy for the Peace Process John Hensen and discussed with him the upcoming meeting of the donor countries.

PM Shtayyeh urged international intervention to force Israel to free the withheld Palestinian funds and to stop all its deductions from the clearance funds, which he stressed would relieve the Palestinian government from its financial crunch.

The Prime Minister briefed his guest on government efforts to manage the financial crisis with the least resources available, as well the financial and administrative reforms it is undertaking and economic growth.

Hensen, on the other hand, informed Shtayyeh of the preparations that are underway to hold the next donors meeting, which will be held in Brussels in May.