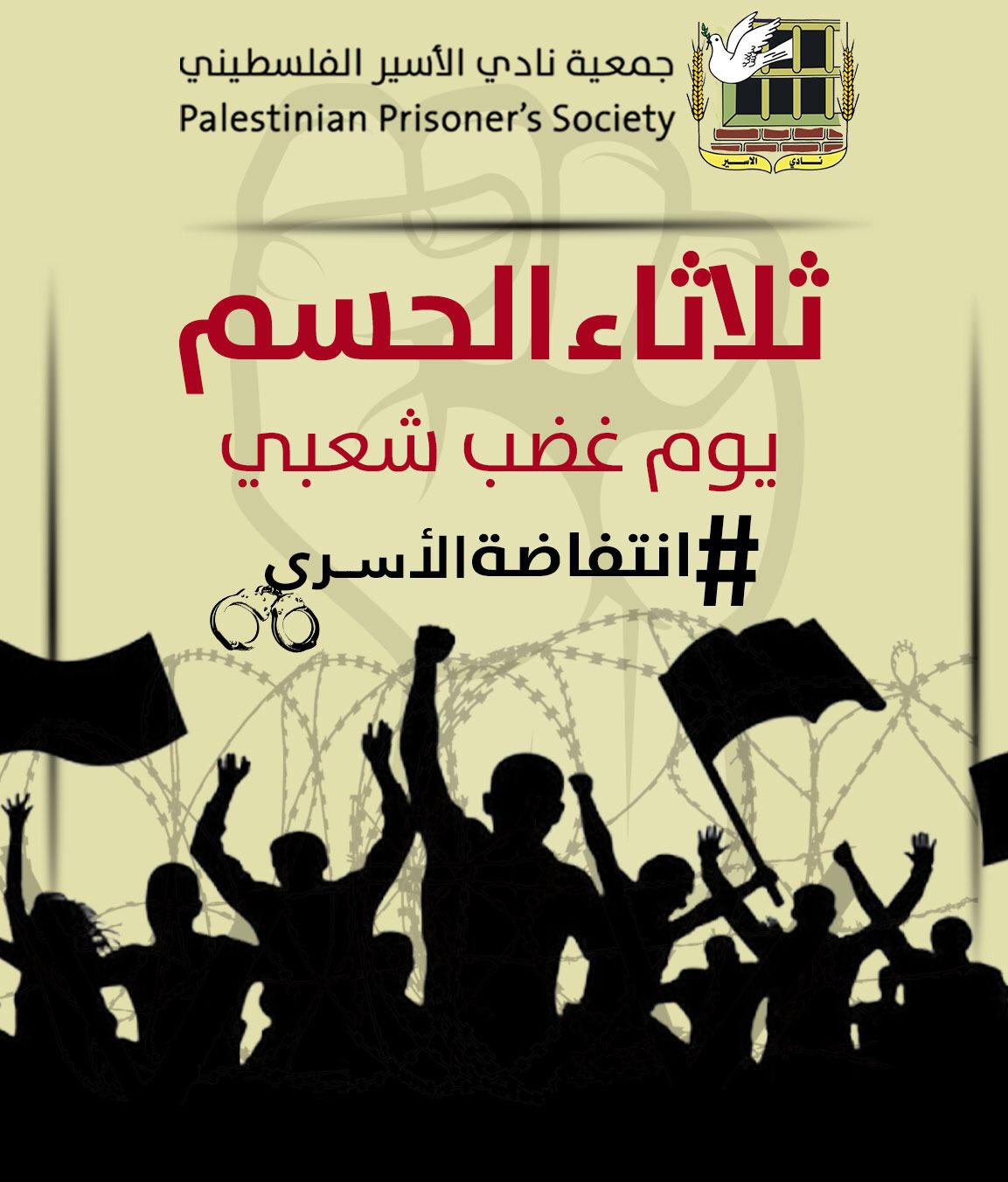 A call for a day of rage on Tuesday in support of prisoners.

RAMALLAH, Saturday, February 26, 2022 (WAFA) – Palestinian prisoners’ advocacy groups today called for a day of rage on Tuesday in support of freedom fighters imprisoned in Israel who have started an uprising against repressive measures by the Israel Prison Services (IPS).

The Palestinian Prisoner Society (PPS) said in a statement that after 21 days of what was described as the “prisoners’ intifada” (uprising) against IPS rules and measures intended to strip them of gains they achieved following years of struggle, the freedom fighters have decided to take further action to achieve their goals, which will reach a high point on Tuesday.

The PPS said the prisoners have refused to submit to “security inspection”, an essential component of their struggle and rebellion against the IPS measures against them and are planning to escalate their steps.

The high point of their struggle will be on Tuesday, said the PPS, adding that “so far there are no serious responses from the IPS to the demands of the prisoners, most notably the suspension of its measures aimed at robbing prisoners of their achievements.”

The PPS called on Palestinians everywhere to participate in activities planned for Tuesday to show support for the prisoners’ demands, calling for a day of rage on that day during which people will engage the Israeli occupation forces at contact points throughout the occupied territories.