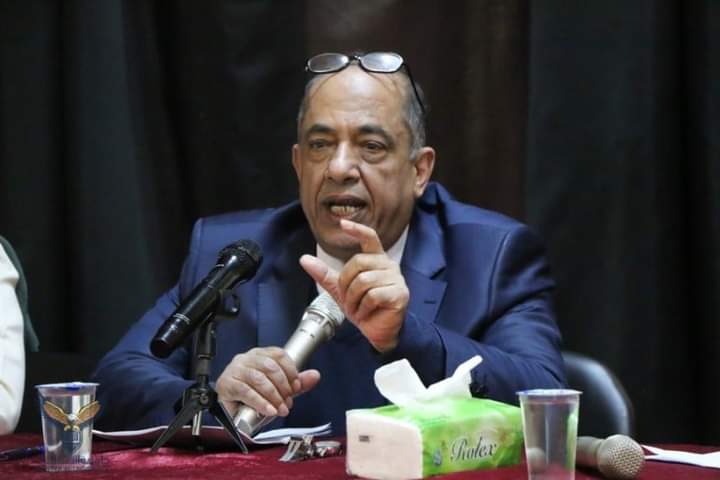 RAMALLAH, Tuesday, February 1, 2022 (WAFA) - The Amnesty International report accusing Israel of committing apartheid was welcomed by the Palestinians because of its legal value and gives the International Criminal Court (ICC) the ground to investigate Israel’s apartheid regime as a crime against humanity.

In an interview with WAFA, Minister of Justice Mohammad Shalaldeh said that the report issued by Amnesty International has legal value in international law because it gives the ICC the authority to consider the crime of apartheid, as a crime against humanity committed against the Palestinian people in a systematic way for acts committed by Israel against Palestinian civilians.

He added that the State of Palestine welcomes the report, highly values its legal significance, and stresses that it should be used to hold the occupying power the legal responsibility for its acts, calling on Arab parliaments to take action to classify Israel as an apartheid state.

Shalaldeh explained that the report, which discusses a set of Israeli laws enacted in its parliament, the Knesset, such as the Jewish Nation-State Law, and other racist laws, is based on demographic considerations to deprive Palestinians of their land and their social, political, civil, economic and cultural rights, in addition to the crime of the denial of the right of return, compensation and recovery of property through procedures that expresses the Jewish identity and Jewish nationalism while denying the right of self-determination for the Palestinian people.

He called on Amnesty International to send missions, investigators, and a fact-finding campaign to learn about human rights violations against civilians and prisoners, specifically the sick prisoners and administrative detainees.

Regarding the importance of the report, the Justice Minister said: “It lies in the fact that it is evidence of the grave Israeli violations in the occupied territory, and it can be employed and used by the ICC, International Court of Justice (ICJ) and any other international judiciary, and could be used as a report to be presented to the United Nations convention on human rights such as the Committee on the Elimination of All Forms of Racial Discrimination, the Human Rights Committee, the Committee on Economic and Social Rights, the Committee against Torture and other cruel, inhuman and degrading treatment of Palestinians.

The Minister of Justice pointed out that, based on what came in the report, the United Nations could be asked to send an international commission of inquiry to investigate racial discrimination and identify the crime of apartheid as a crime against humanity, based on the statute of the International Criminal Court, with the aim of ensuring accountability for the perpetrators of grave violations in Israel. In addition, individual complaints could be filed against the policies practiced by Israel and the violations it commits as an apartheid state discriminating against Palestinian civilians, as is the case in Sheikh Jarrah and Silwan neighborhoods of East Jerusalem, and file complaints before the bodies of the United Nations Convention on Human Rights and provide evidence of that.

He stressed that the report calls for the trial and accountability of Israeli officials, based on the apartheid agreement and the Rome Statute, which consider apartheid an international crime and a crime against humanity in which an Israeli-Zionist ethnic group dominates Palestine, and during which systematic repression is practiced against the Palestinians and has consequences, including forced displacement, as the case in Sheikh Jarrah and Silwan, in addition to the expropriation of land and the commitment of the most heinous crimes against civilians.

Shalaldeh said the report is an affirmation of reports issued by Human Rights Watch, which confirmed that Israel practices a policy of apartheid, discrimination and persecution against the Palestinians, as well as the report of the Israeli B'Tselem organization, which also confirmed that Israel practices apartheid, explaining that all of them are an extension of the resolution passed by the United Nations General Assembly in 1975, which considered Zionism a form of racism, which was later repealed after the Madrid Conference.

On the legal implications of the report, Shalaldeh said, “There are important legal implications for the Palestinian cause, including the establishment of international responsibility against Israel in a form of international law by its classification as an apartheid state, and the individual and personal criminal responsibility of all Israeli war criminals who committed war crimes against the Palestinian people. It will be a basis and criminal evidence for convicting Israel and the perpetrators of crimes before the International Criminal Court and the International Court of Justice, and it also opens the door for the United Nations General Assembly, the European Union, and the non-aligned countries to propose a bill that considers Israel a state of apartheid and racial discrimination.