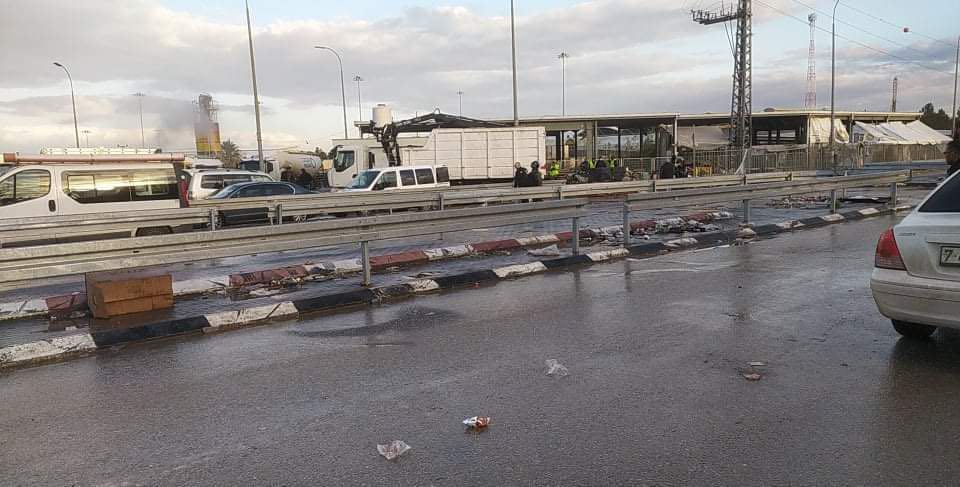 Amjad Abu Farha, head of the village council in al-Jalama, along with security sources, confirmed to WAFA that the Israeli forces demolished and damaged more than 25 fruits and vegetables stands under the pretext that they were set up without a permit.