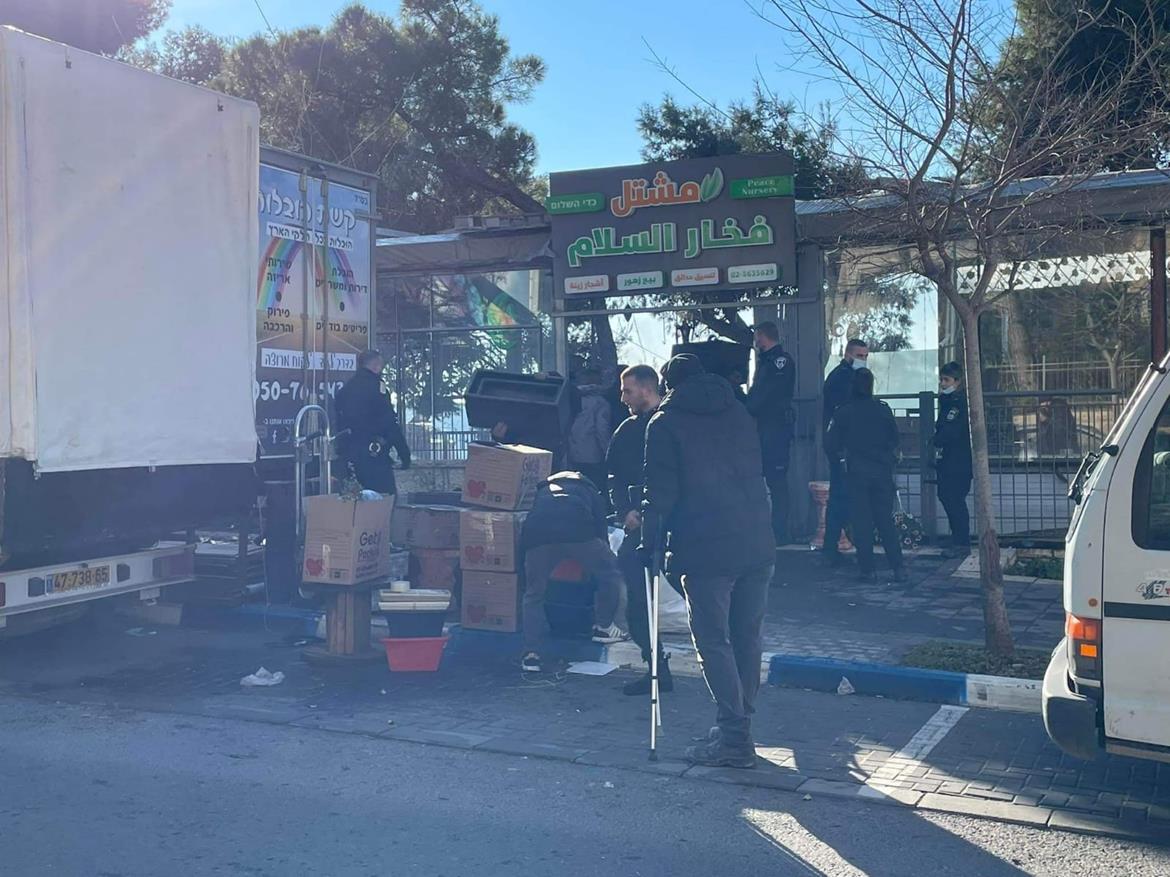 Israeli police and municipal staff forced the Salihiya family to empty their nursery as a prelude to demolish it and seize the plot of land. (Photo: WAFA)

JERUSALEM, Monday, January 17, 2022 (WAFA) – Israeli occupation authorities Monday forcefully expelled a Palestinian family from their house and nursery in the East Jerusalem neighborhood of Sheikh Jarrah, according to sources.

Israeli police and municipal staff barged their way into the neighborhood, which became a scene of massive protests against Israel’s settler-colonialism in the occupied territories, and forced the Salihiya family to empty their nursery as a prelude to demolish it and seize the plot of land.

Police and municipal staff also cordoned off the family house of Mahmoud Salihiya and forcefully expelled the family.

Mahmoud refused to obey the order of the municipality and threatened to set the house on fire in rejection of the forceful expulsion.

The Salhiya family was originally expelled from their house in the West Jerusalem neighborhood of Ein Karem in 1948 during the ethnic cleansing of the village. They bought a new home in the 1950s in the Sheikh Jarrah neighborhood, over a decade before Israel occupied and annexed the area.