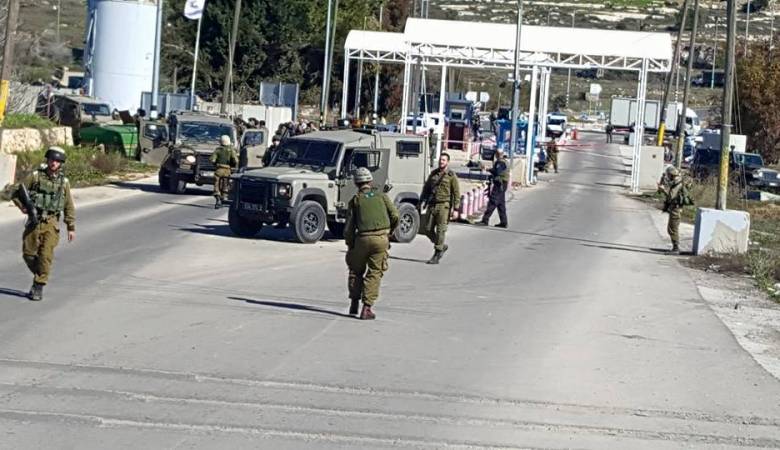 Israeli soldiers at the northern Ramallah checkpoint known as the DCO. (File photo)

RAMALLAH, Monday, January 10, 2022 (WAFA) – Israeli settlers today attacked with stones Palestinian commuters heading to or leaving Ramallah to the north of the occupied West Bank city of al-Bireh under heavy protection from the Israeli forces, according to witnesses.

They said settlers stoned Palestinian vehicles near the illegal Israeli settlement of Beit El damaging some and causing panic among the commuters. Traffic was piled up as a result and people were late arriving at their workplaces.

Israeli settler violence on West Bank roads and against civilians and villages is an almost daily occurrence while the Israeli army, in charge of the occupied territories, does nothing to stop them forcing the Palestinians to demand international protection against both settler and Israeli army carnage.