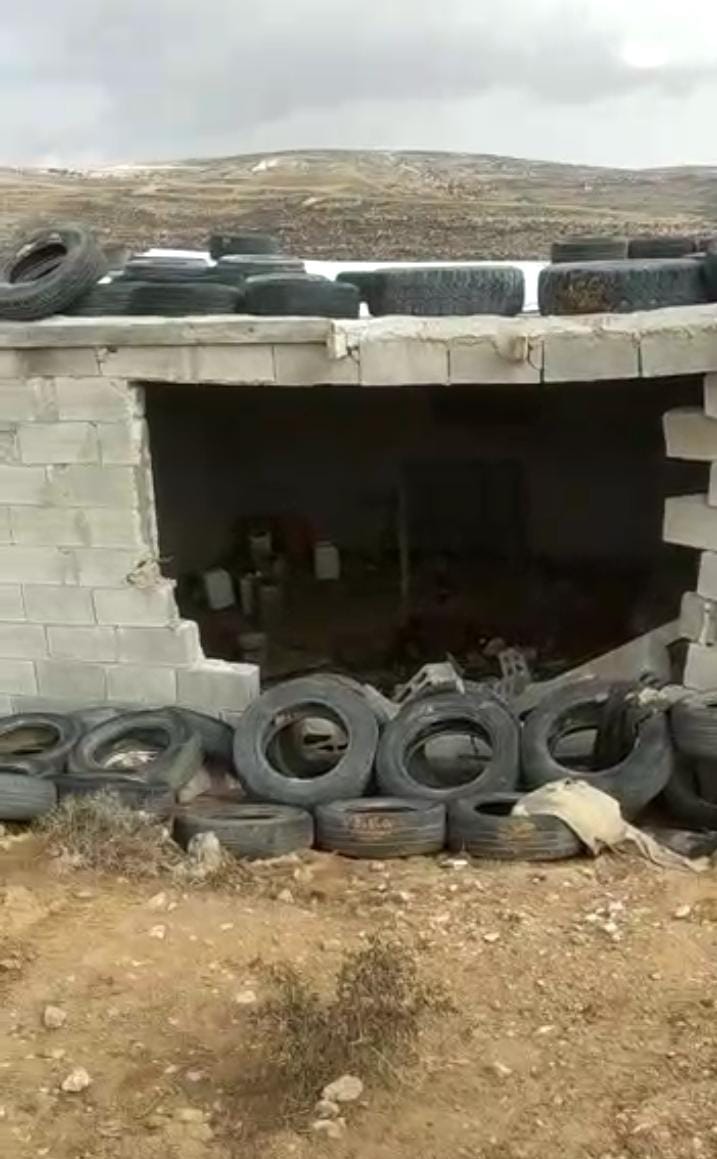 HEBRON, Monday, January 03, 2022 (WAFA) – A group of Israeli settlers today demolished a part of an agricultural structure in the area of MasaferYatta, south of Hebron, according to local sources.

Fouad al-Amour, an activist, told WAFA that settlers sabotaged and tore down the structure, which belong to Jameel al-Amour, a farmer, in the area of Khallet al-Dabe’, one of the hamlets making up Masafer Yatta.

He added that the settlers attempted to prevent livestock herders from grazing their stock, but they were fought back and kicked out of the area.

Over 700,000 settlers live in Jewish-only colonial settlements across occupied East Jerusalem and the West Bank in violation of international law.