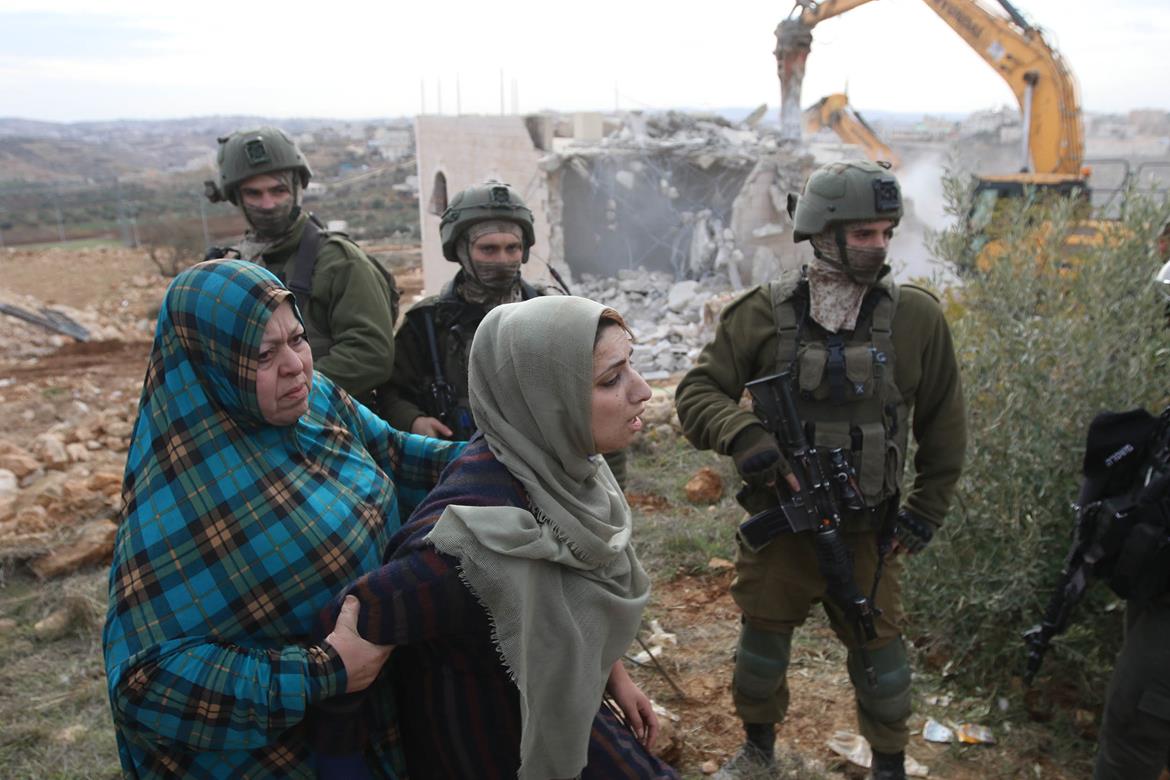 They told WAFA correspondent that a sizable military unit escorted a bulldozer into the area, where the heavy machinery demolished a 150-square-meter two-story house belonging to Mohammad al-Atrash.

The demolished house is located adjacent to the settler-only bypass Road No. 60.

In contrast, Israel argues that building within existing colonial settlements is necessary to accommodate the “natural growth” of settlers. Therefore, it much more easily gives the over 700,000 settlers there building permits and provides them with roads, electricity, water and sewage systems that remain inaccessible to many neighboring Palestinians.