As people are getting ready to celebrate Christmas in the Holy Land, one Palestinian family fears the worst 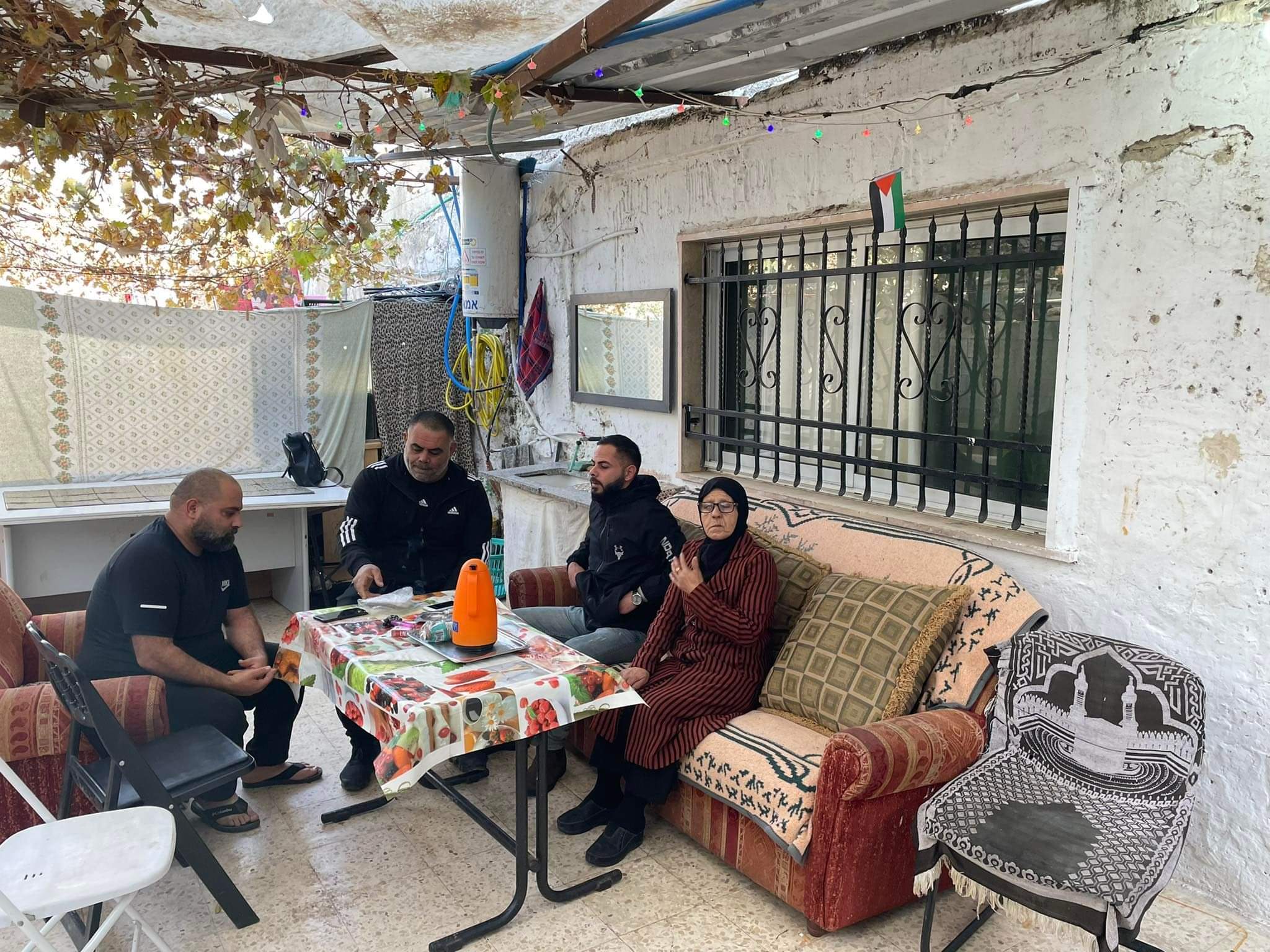 Members of the Salem family sitting in their home. (WAFA Images)

by Layaly Eid
JERUSALEM, Saturday, December 18, 2021 (WAFA) – The Salem family, composed of a 69-year-old woman, Fatima Salem, and her three sons and their families of 10 people, is living in constant fear after an Israeli court gave them until December 29 to evacuate the home they were born and lived in for decades in East Jerusalem’s Sheikh Jarrah neighborhood, which will be turned over to Jewish settler groups.

The family has been fighting its eviction since 1987 shortly after the death of Fatima’s father, who had rented the house following the Palestinians’ forced displacement from their homes in historic Palestine in 1948 when Israel was created, and became refugees in their own country.

Jewish settlers and heavily funded organizations backing them filed an eviction suit against the family in an Israeli court claiming ownership since pre-1948 times. The court accepted the suit and ordered the eviction of the Palestinian family claiming the family could not prove ownership of the house and property and Fatima was not living with her parents when they died and therefore the house and property will go back to the settler group that claimed ownership since before 1948.

The Salem family fought the eviction order in court and was able to prevent its implementation and eviction.

In 2012, the settlers went to court again to implement the eviction order from 1987.

Again, the court ruled in 2015 in favor of the settlers and ordered the eviction of the family from its home by December 29 of this year.

“I was born here in this house in 1952 and got married here and gave birth to my eight children (three boys and five girls), all in this house,” said Fatima Salem. “I also took care of my parents in their old age in this house.”

Fatima’s son, Ibrahim, 38, said he was born in this house and he is going to die in it.

“I have been living my parents’ ordeal from settlers’ harassment and attacks as they tried to push us out of our house, which is owned by the Islamic endowment,” he said.

“My father died of a heart attack in 2015 as a result of the settlers’ harassment and attacks,” added Ibrahim. “His death affected me a great deal and we are still suffering as a result until today.”

Some 30 settlers came to the Salem house last Thursday and built a fence around a 150 square meter plot at the house in order to take it over. The family tried to stop them but the Israeli police intervened on behalf of the settlers and allowed them to keep the fence until the court issues a ruling on this matter scheduled for December 29, its eviction date which the family has contested in court.

“Our children live in constant fear,” said Ibrahim. “My 6-year-old daughter refuses to go to school in fear of the settlers’ attacks.”

The Salem family lives in a run-down house because the Israeli municipality of West Jerusalem would not allow them to renovate it or repair it.

As the world is getting ready to celebrate Christmas in the Holy Land, the Salem family is worried that they may spend the holiday in the street if they get kicked out of their home.