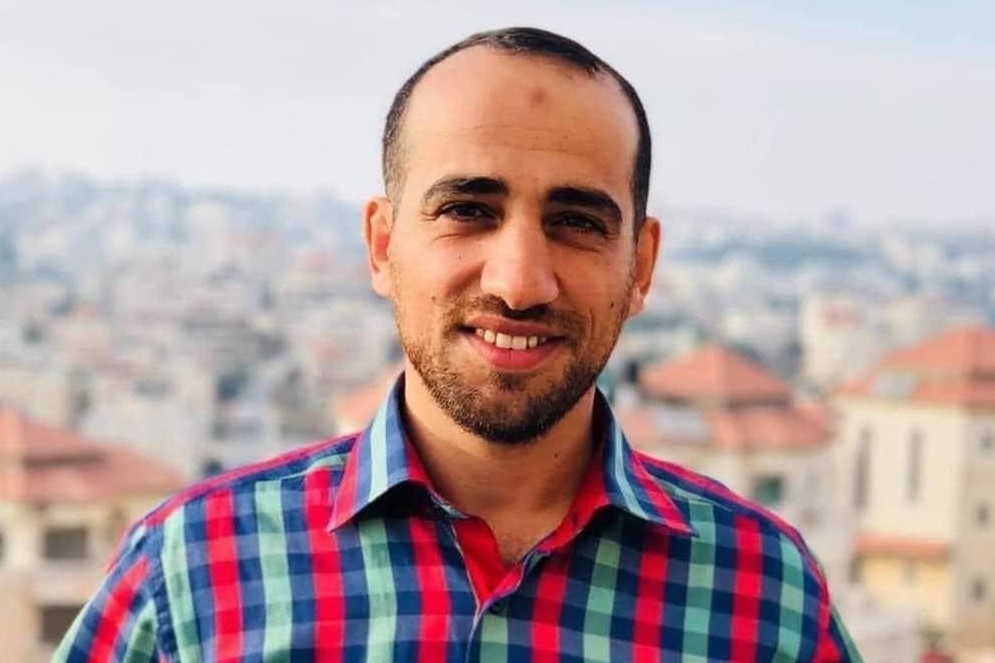 RAMALLAH, Thursday, December 18, 2021 (WAFA) – Alaa al-Aaraj, a Palestinian prisoner who has been on hunger strike for 103 days in protest of his administrative detention by Israel, ended his hunger strike today after reaching out an agreement with the Israeli occupation authorities ending his detention without charge or trial.

Jawad Boulus, an attorney working with the Palestinian Prisoner’s Society (PPS), said Al-Aaraj decided to break his hunger strike after the Israeli military court of Salem, northwest of Jenin in the occupied West Bank, issued a verdict cancelling his current administrative detention order, under which he has been in prison without charge or trial.

Nabila Al-Aaraj, Alaa’s mother, also confirmed the court’s verdict and the reports about her son breaking his hunger strike.

Al-Aaraj, a 34 years old engineer who comes from the town of Anabta in the north of the West Bank, was arrested by the Israeli occupation army in June 2021, and was immediately placed under administrative detention, a widely condemned Israeli policy allowing the Israeli military to hold Palestinians in prisons indefinitely based on secret information without charging them or allowing them to stand trial.

Last month, UN experts expressed grave fear for the lives of the Palestinian hunger strikers, and called on Israel to either release or charge the prisoners, and to completely end its unlawful practice of administrative detention.