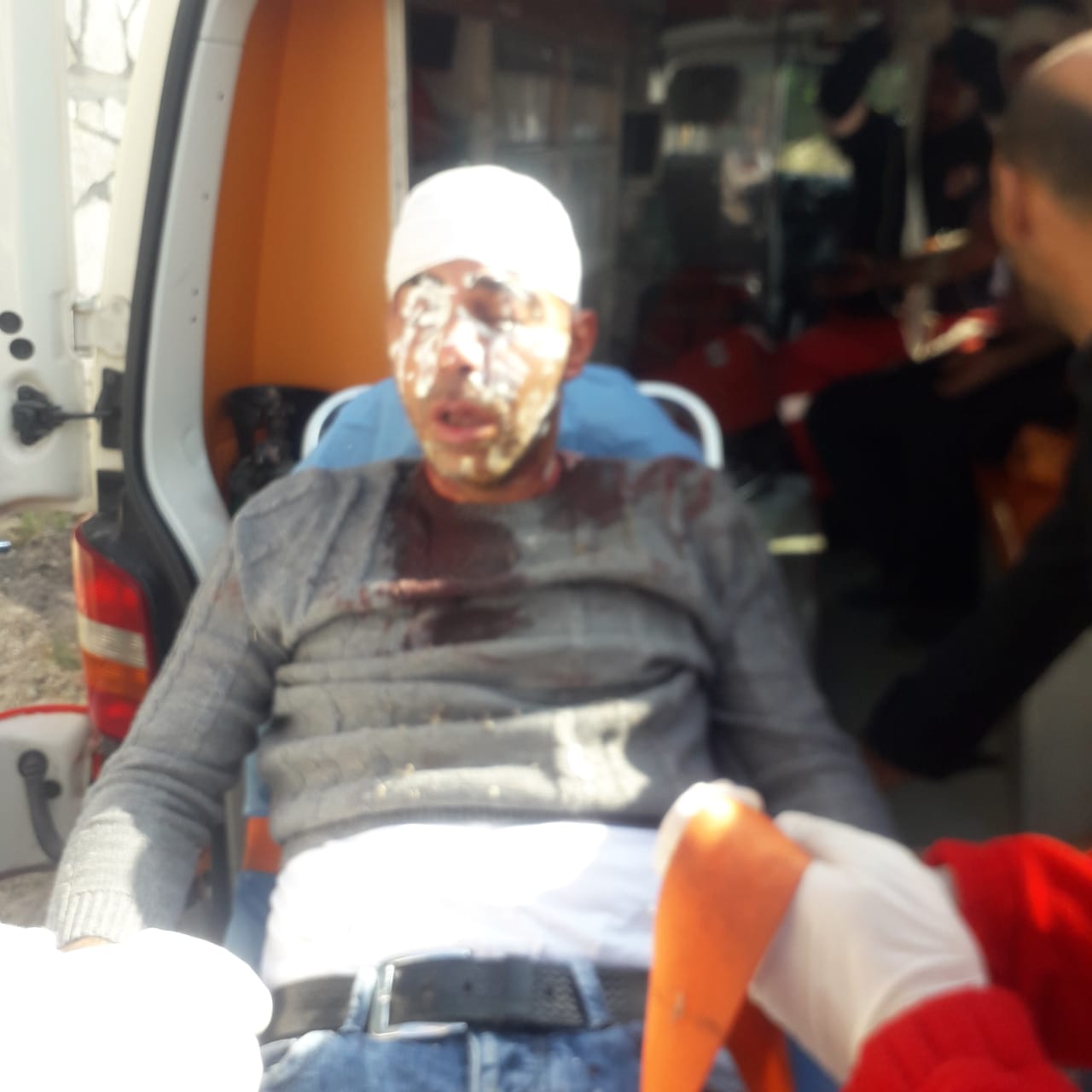 NABLUS, Monday, November 15, 2021 (WAFA) – Israeli settlers attacked today Palestinian farmers near the village of Burqa to the north of Nablus, in the northern occupied West Bank, injuring at least three people, according to a local activist.

Ghassan Daghlas, who monitors Israeli settlement activities in the north of the West Bank, said Israeli settlers attacked with stones Palestinian farmers while they were in their land in the village of Burqa, injuring at least three people.

One of the farmers was hit in the face with a stone, and another was injured after being struck in the head, while the third farmer sustained bruises.

"Settler violence and vandalism take place with full backing by the Israeli authorities. Sometimes soldiers take part in the assault; at other times, they stand idly by. The police makes no substantial effort to investigate the incidents, nor takes measures to prevent them or stop them in real time," it said.