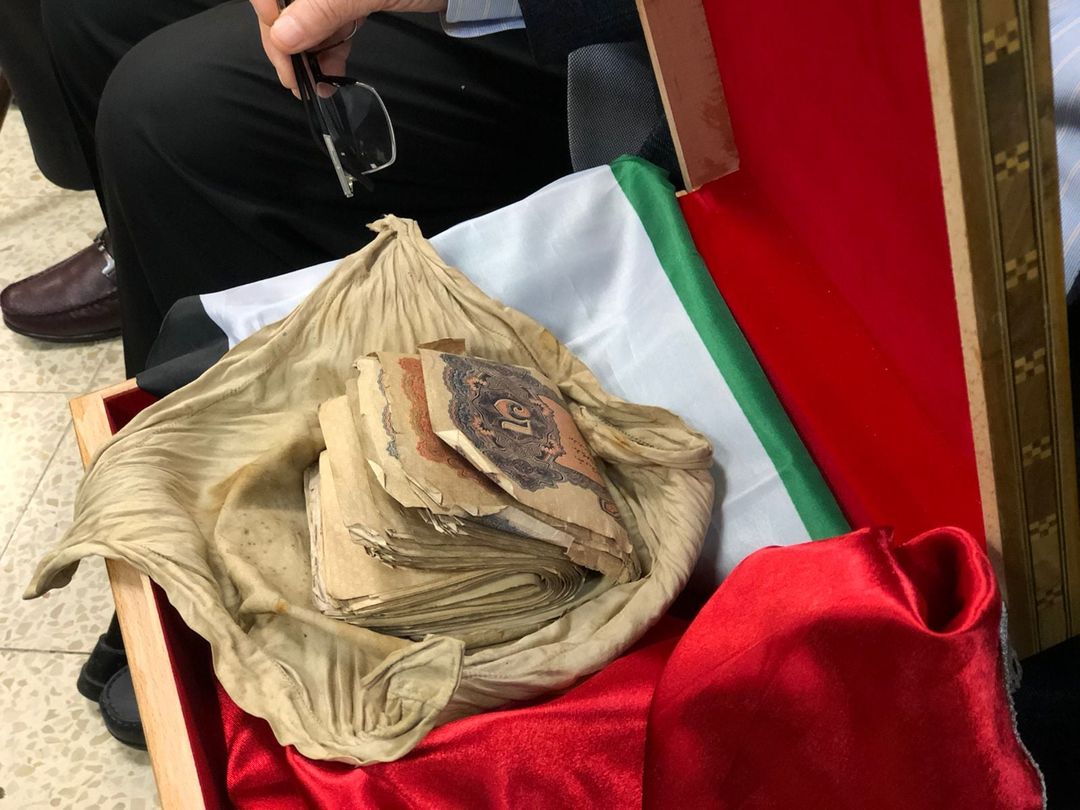 The trust, composed of Ottoman-era banknotes , was handed over to the Turkish Consul General in Jerusalem, Ahmet Riza Demirer, 4 November 2021.

NABLUS, Thursday, November 04, 2021 (WAFA) – The Nablus-based Al-Aloul family today handed over the Turkish Consul General in Jerusalem, Ahmet Riza Demirer, a trust which was left by a Turkish soldier during the First World War.

The handover ceremony took place at the headquarters of the Nablus Governorate in the occupied West Bank, and was attended by the Nablus Governor Ibrahim Ramadan, Undersecretary of the Ministry of Foreign Affairs and Emigrants Amal Jado and other political and security figures.

"On this day, the time has come to hand over the trust that a Palestinian family has maintained for more than a hundred years,” said Ramadan, as he handed over the trust, composed of Ottoman-era banknotes, to the Turkish Consul General.

Meantime, Demirer said although the Turks and the Palestinian people administratively separated a hundred years ago, bilateral relations and sentiments of brotherhood between the two peoples remain robust.

Demirer thanked the Al-Aloul family for maintaining the trust of the Turkish soldier for a hundred years, and said that this trust reflects the brotherhood between the two peoples.

Until the First World War, the area of historical Palestine was part of the Turkish-run Ottoman Empire, which collapsed in 1922 with the rise of the modern colonialization movement.