President: Palestinians may go for other choices if Israel rejects two-state solution 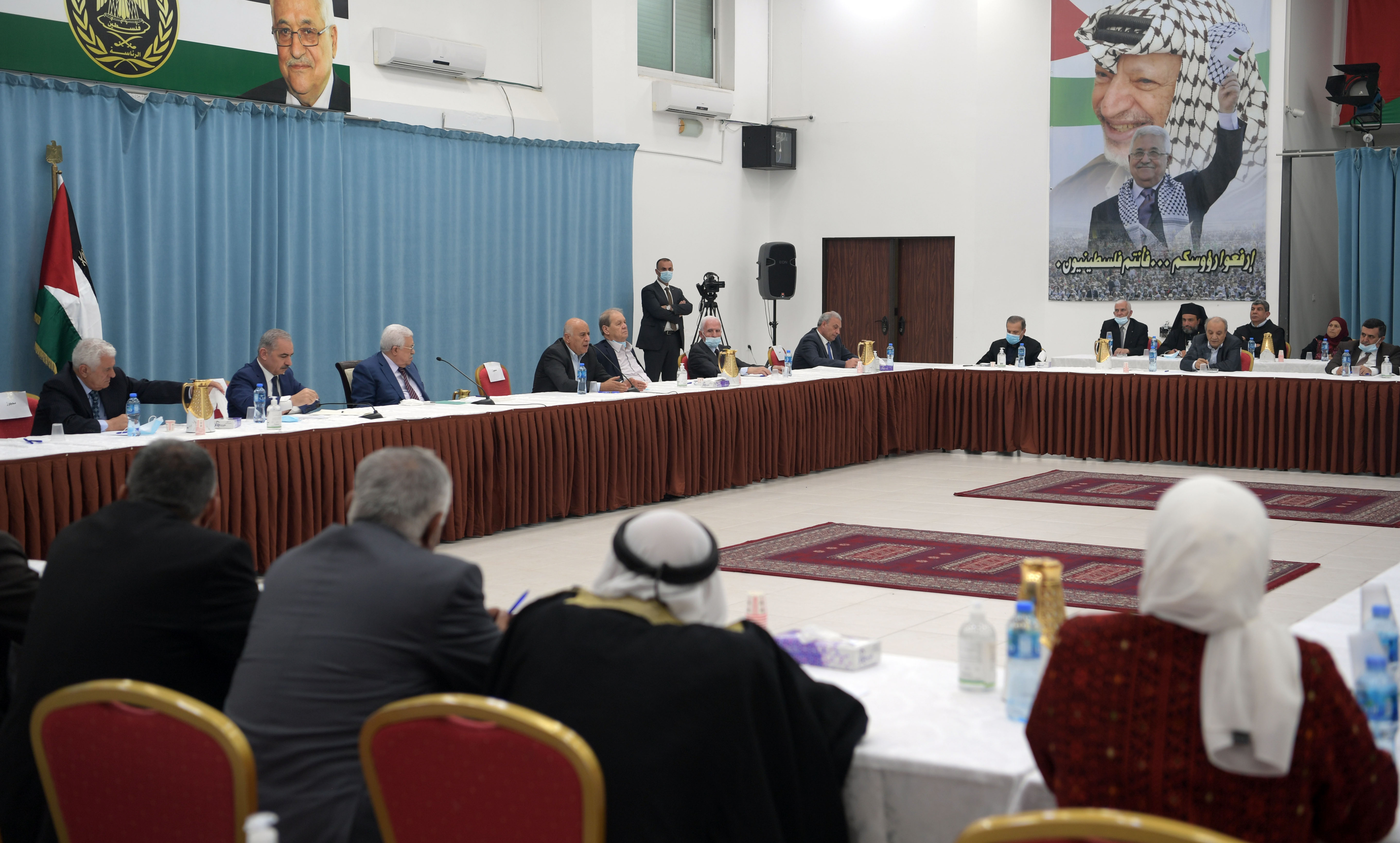 RAMALLAH, Sunday, October 03, 2021 (WAFA) – President Mahmoud Abbas said yesterday that Israel’s rejection of the two-state solution will oblige the Palestinians to go for other political choices, including the United Nations Partition Plan for Palestine of 1947.

The President made the remarks during a meeting with representatives of the West Bank provinces of Bethlehem and Hebron held at his office in Ramallah.

Israel’s rejection of the two-state solution will “force us to go for other options,” said President Abbas to the representatives.

“We will ask for the implementation of the United Nations Security Council’s resolution passed in 1947, or go to the one democratic state on the land of historic Palestine in which the full political and civil rights of the Palestinians are gained,” he added.

“The time has come to implement the decisions of international legitimacy. [We’ve had enough] promises and delays by the parties of the international community concerning the ending of the occupation and the establishment of an independent and sovereign Palestinian state.”