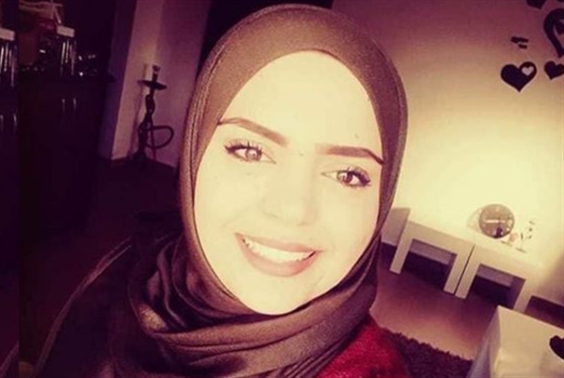 RAMALLAH, Thursday, September 2, 2021 (WAFA) – The Israeli military court of Ofer, near Ramallah, ordered today the release of pregnant Palestinian prisoner Anhar Al-Deek on a bail of $12,500 and on condition of house arrest. Al-Deek is on her month of pregnancy, and is due to give birth in the coming few days.

The Detainees and Ex-Detainees Affairs Commission said the court held yesterday a session to look into a release request submitted by the Commission’s lawyer, who was able to win a court ruling ordering her immediate release today.

Al-Deek, mother of two and a resident of the town of Kafr Ni’ma in the occupied West Bank, was arrested by the Israeli occupation forces in March when she was on her third month of pregnancy, and has been held in inhumane imprisonment conditions in disregard of her health condition.

Palestinian officials and human rights organizations have been urging the Israeli occupation authorities to immediately release Al-Deek as her due date was nearing.

Last week, Al-Deek appealed to the international community to press Israel to release her and allow her to give birth outside prison.

"What should I do if I give birth far from you? I am tied up, how can I give birth via caesarean section when I am alone in prison?" Anhar wrote in a letter to her family, adding: "I am exhausted, and I had severe pains in the pelvis and severe pain in my legs due to sleeping on the prison beds. I do not know how I want to sleep on it after my delivery operation."