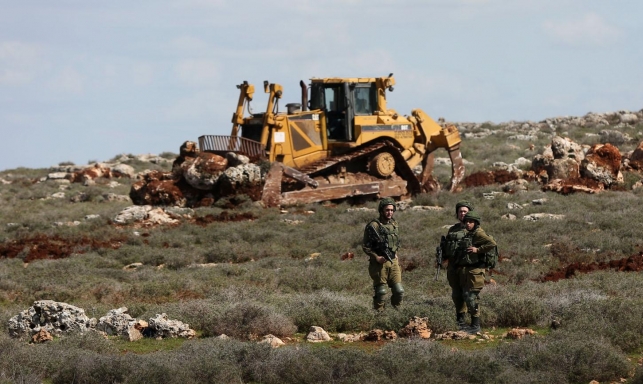 Member of Kisan Village Council, Ibrahim Ghazal, told WAFA  that Israeli military bulldozers razed a large tract of land belonging to the Ebayyat family to make room for the construction of a settler-only bypass road that would connect the colonial settlement outpost of Ibei Hanahal to surrounding settlements.

He added that the village has been a regular target for Israeli army and settler attacks, including land pillage besides to chasing livestock herders and denying them access to pastures.