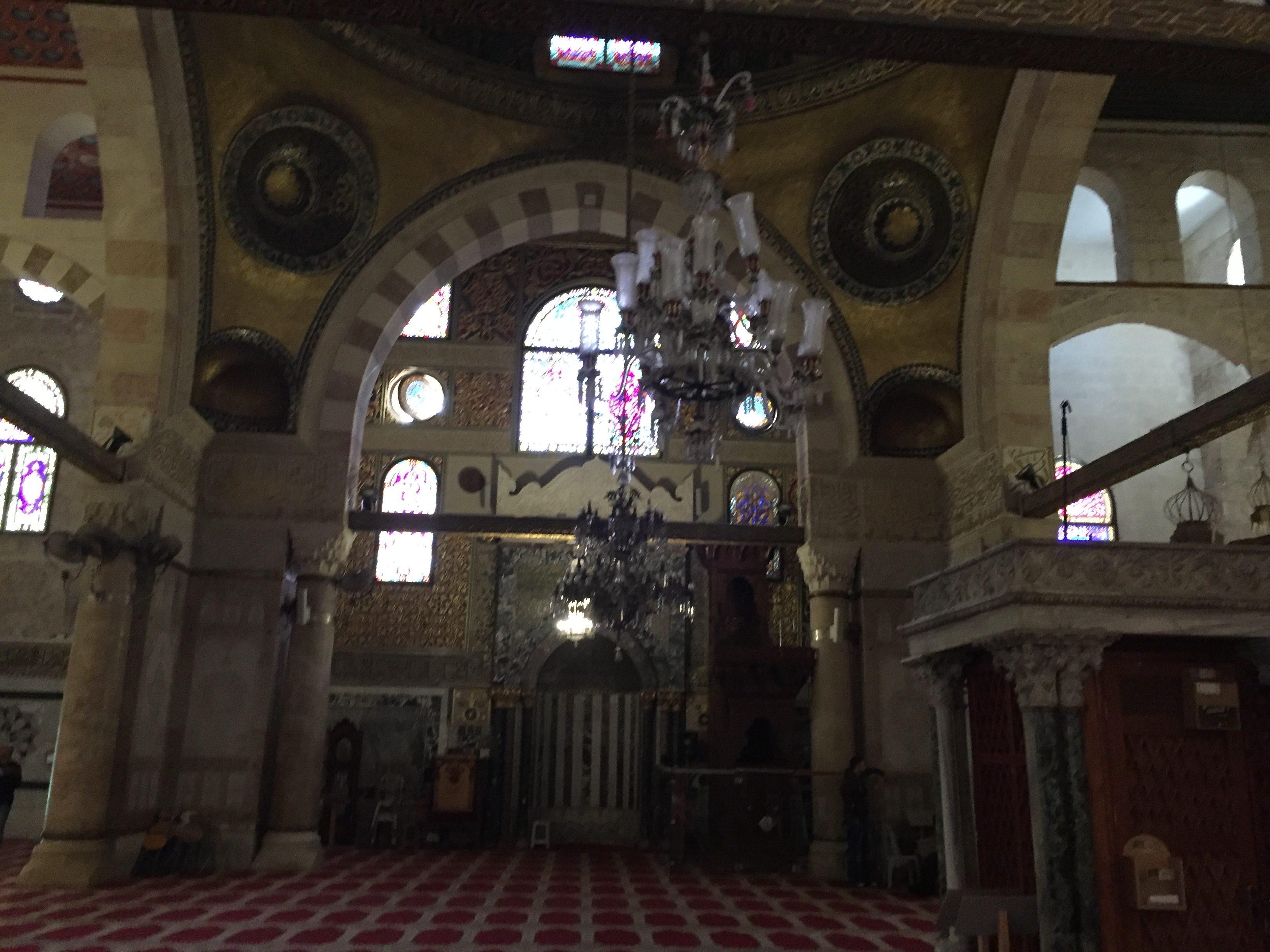 Salaheddin pulpit that was burnt and then rebuilt at Al-Aqsa Mosque.

RAMALLAH, Saturday, August 21, 2021 (WAFA) – Marking the 52nd anniversary of the arson attack on the Al-Aqsa Mosque, the Presidency of Palestine called today upon the international community to provide protection from the holy sites in occupied Jerusalem.

It said in a press release on the anniversary that the Muslim and Christian holy sites in occupied Jerusalem are still targeted by Israeli daily violations, including provocative tours by Israeli settlers and police into the holy sites.

“Despite all the United Nations resolutions regarding occupied Jerusalem, which demanded Israel not to prejudice the sanctity of religious places, especially Al-Aqsa Mosque, a holy Muslim site of worship, Israel still ignores those decisions and turns its back to all the dangers that could erupt as a result of its reckless and irresponsible policies,” said the Presidency.

It urged Israel to abide by the UN Security Council Resolution 2334 of 2016 which expressly stated that Israeli settlement activities in occupied Palestine are illegal, including in East Jerusalem.

“The arson of Al-Aqsa is still going on and in more dangerous forms, including changing its historical and legal status that existed before the occupation, falsifying the landmarks of Al-Aqsa through excavations, and continuing the attempts to temporally and spatially divide the Mosque,” said the ministry in a statement marking the occasion.

On 21 August 1969, an extremist Australian Christian, Dennis Michael Rohan, attempted to set fire to Al-Aqsa Mosque, destroying parts of Al-Qiblah Mosque, the main building inside the Al-Aqsa compound, including the 1,000-year-old priceless wood and ivory pulpit, placed there by the Muslim leader Salaheddin.