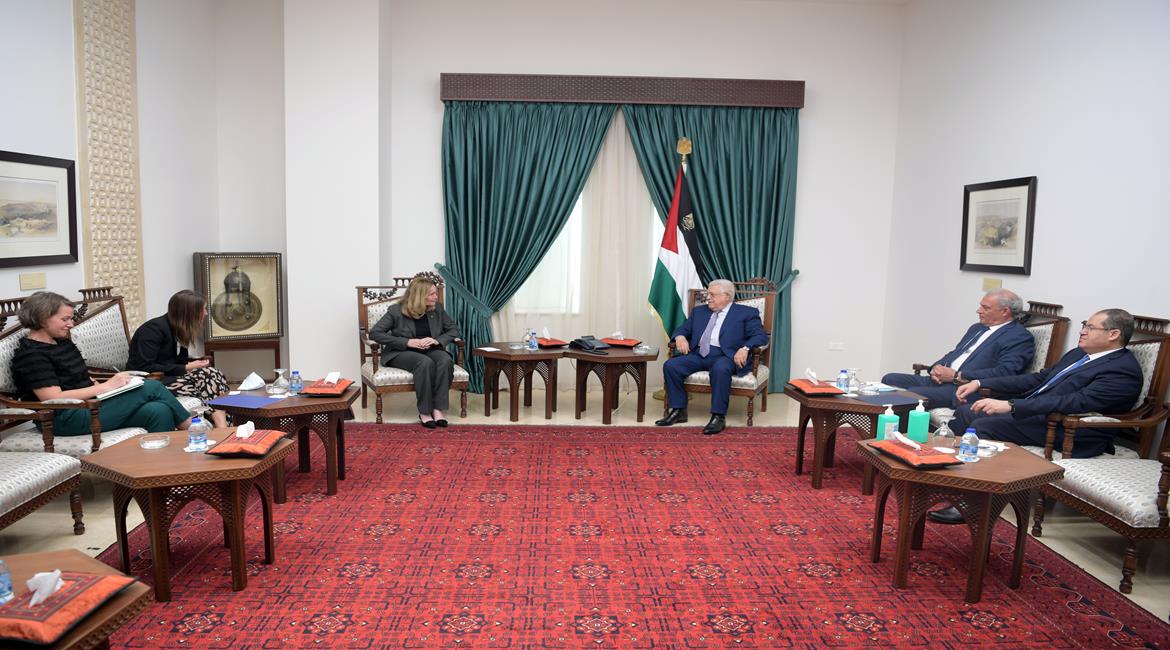 RAMALLAH, Tuesday, August 10, 2021 (WAFA) - President Mahmoud Abbas last night met at the presidential headquarters in Ramallah with the British Consul to Palestine, Diane Corner, at the start of her work in Palestine, wishing her success in her new tasks.

Corner handed President Abbas a message from British Prime Minister Boris Johnson in which he stressed the depth of bilateral relations between the two countries and the importance of strengthening and developing them at all levels.

The British Consul General expressed her happiness with the new tasks assigned to her, stressing her country’s firm and supportive position of the Palestinian people and the building of their institutions, as well as exerting all efforts during her term to push forward bilateral relations.