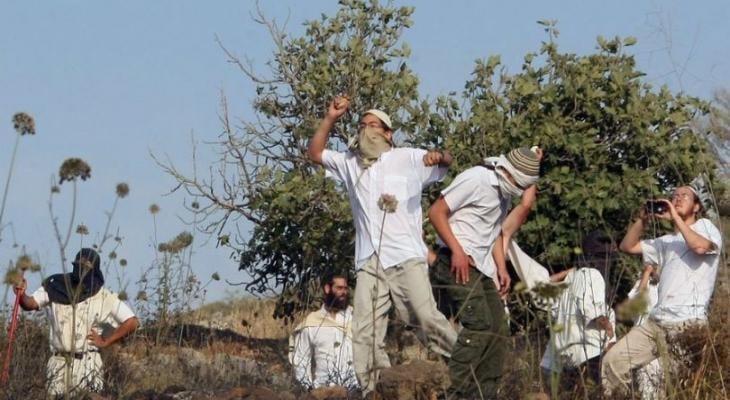 A file photo for settlers attacking Palestinians in the West Bank

Deputy Mayor of Kisan, Ahmad Ghazzal, said that a group of settlers severely beat Hussein Ibayyat along with his sons as the latter inspecting a plot of land they have rented from its Palestinian owner for cultivation.

The assailants came from the nearby colonial settlement outpost of Ibei Hanahal, which was built on lands confiscated from the village.

Ghazzal added that Israeli soldiers rushed to the scene and held Ibayyat along with his sons instead of stopping the assailants.

Meanwhile, settlers planted a plot of Palestinian land, west of the village, with a large number of olive and pine trees and installed electricity poles at the site.