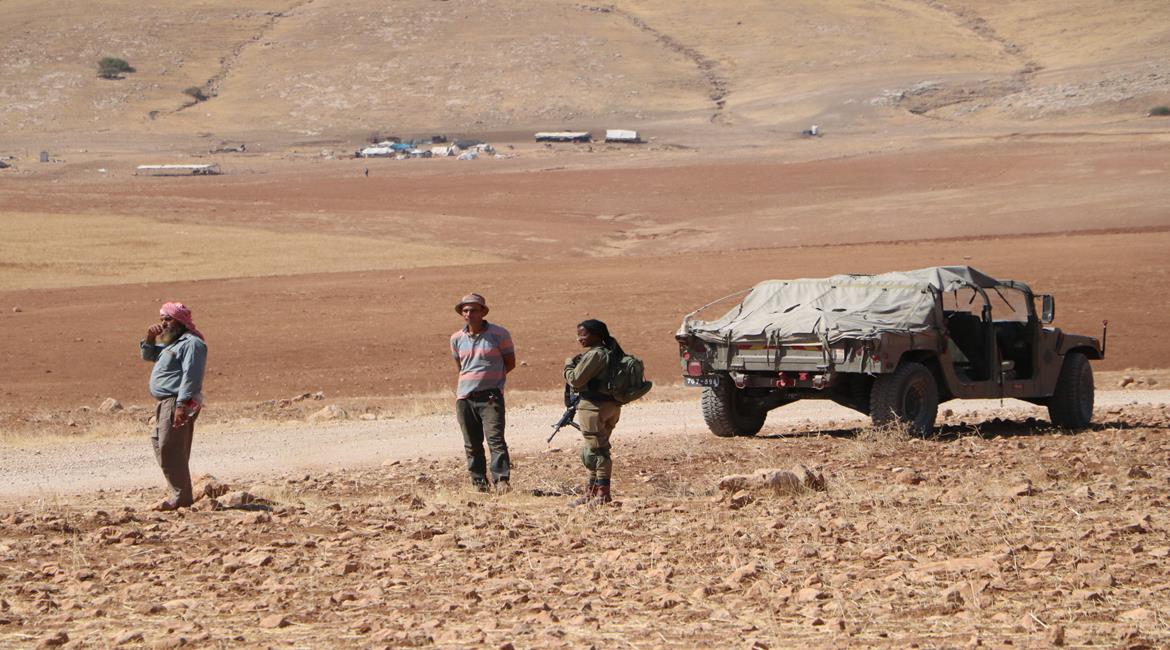 JORDAN VALLEY, Thursday, July 08, 2021 (WAFA) – Residents of Humsa Al-Bqai’a Bedouin community in the northern Jordan Valley, whose homes were demolished yesterday by the Israeli army, were threatened with arrest if they do not leave their lands and destroyed homes and move elsewhere, according to a local official.

Mutaz Bisharat, an official with Tubas governorate, said Israeli occupation soldiers today threatened the residents who stayed on their lands despite the demolition of their homes and structures that they would be arrested if they do not evacuate the area.

He said the soldiers had set up roadblocks to prevent anyone from reaching that area to help the community rebuild their destroyed homes.

The army yesterday demolished 27 residential and animal structures and water tanks, displacing 11 households, comprising around 70 people, including 36 children, and confiscated food parcels and unassembled structures, leaving the community with no food and water. They also confiscated all personal belongings, including food, milk for children, clothes, hygiene materials and toys. Also, their livestock is left without fodder and water.

The soldiers transferred the community’s belonging to another area, where they also intend to force the residents to live.