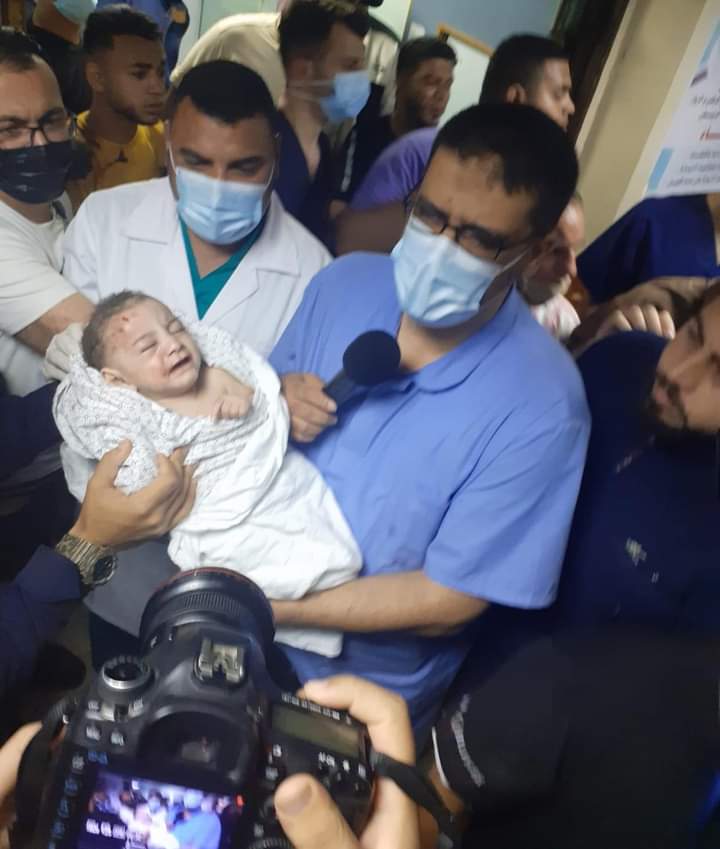 Israeli F16 fighter jets bombed with a heavy barrage of missiles the three-story home of Abu Hatab family killing all of its seven members, with the exception of a months-old baby who miraculously survived the barbarian Israeli attack. 25 other Palestinian civilians in neighboring homes were also injured in the attack.

Civil defense teams are reportedly searching for potential deaths beneath the debris of the destroyed home of the Abu Hatab family.

Medical teams said a baby who was pulled out from the rubble is so far the only survivor of the terrorist Israeli massacre. The baby was said to be undergoing a surgery to save his life.

The latest figures bring up the number of Palestinians killed by the ongoing Israeli aggression on Gaza to 136.