Israel continues to bomb high rises in Gaza, leveling them to the ground 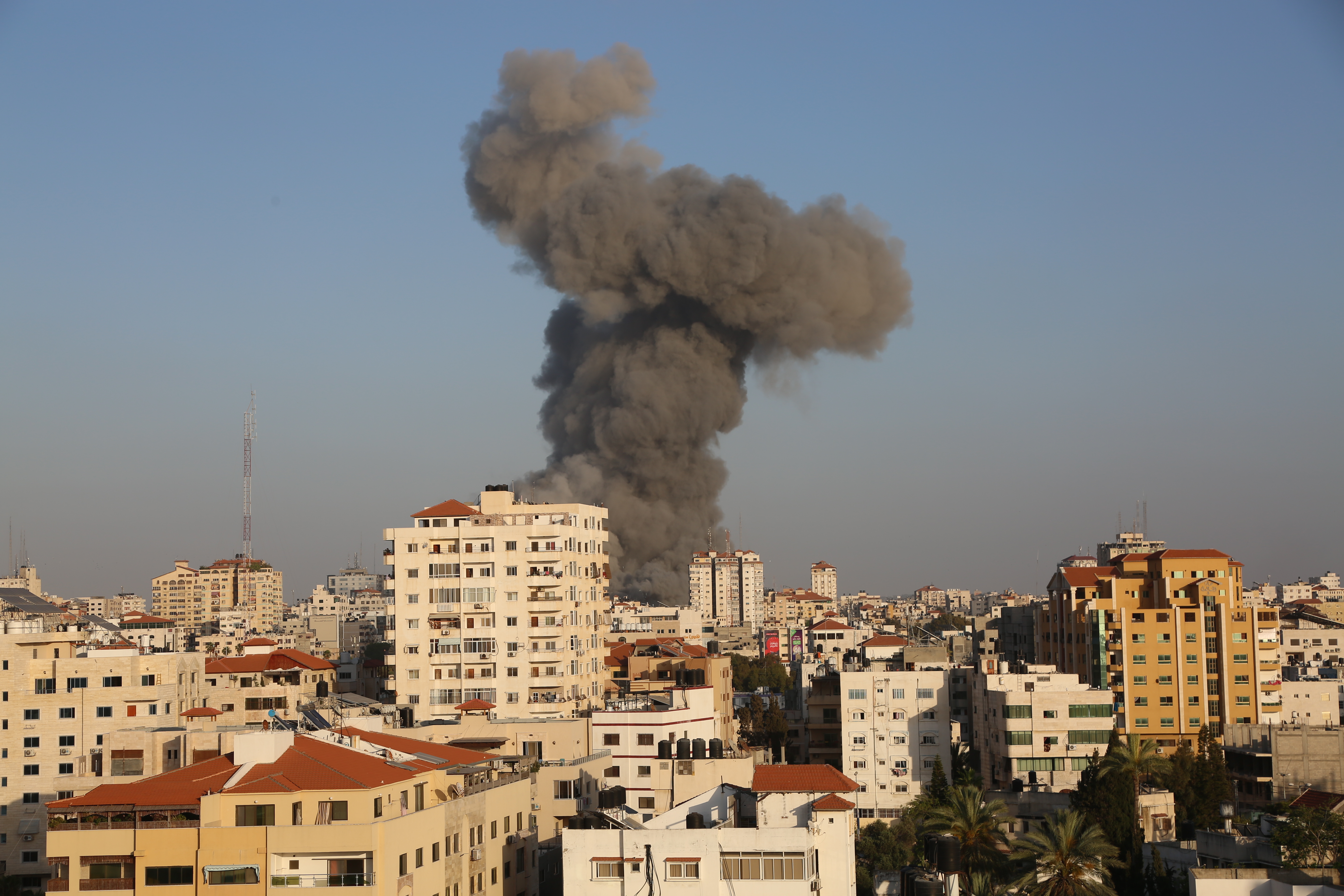 GAZA, Wednesday, May 12, 2021 (WAFA) – In a step seen as inflicting as much damage on the Gaza Strip and its people as possible, Israel continued today to bomb and level high rises in Gaza City.

The building houses media centers, commercial offices as well as residences and is considered the second highest building in Gaza.

This is the third high rise to be bombed in the Gaza Strip since Israeli began on Monday its airstrikes on the besieged sea enclave.

No clear reason was seen for the bombing of high rises other than inflicting damage and hurting the population.

According to the Ministry of Health, as of 5:00 p.m. local time, 56 Palestinians have been killed in the Israeli bombardment of Gaza since Monday, including 14 children, five women, and one elderly person, while 335 people were wounded.