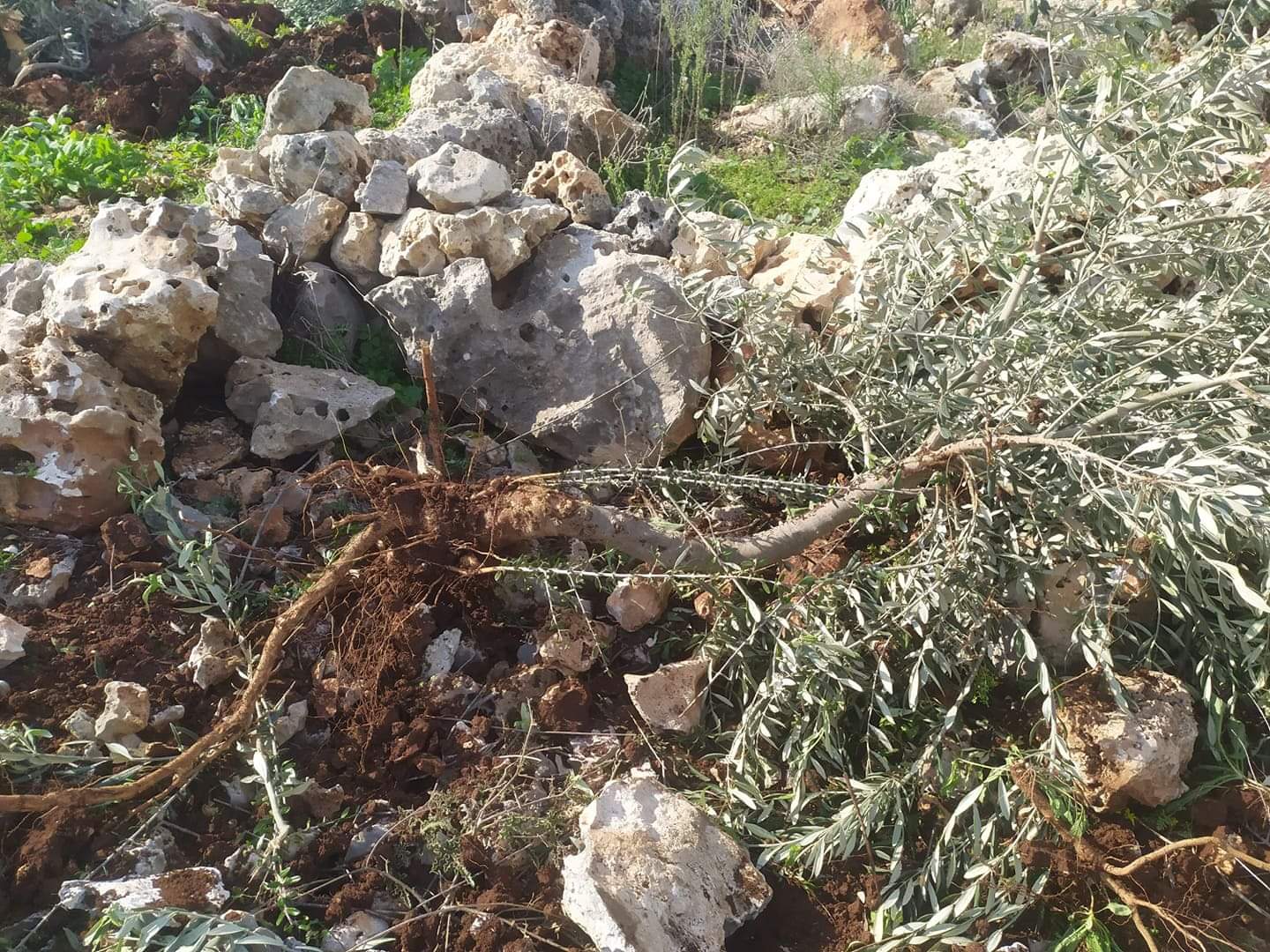 SALFIT, Friday, April 23, 2021 (WAFA) – Hardcore Israeli settlers today uprooted and destroyed 13 olive trees belonging to a Palestinian citizen in the village of Hares, near the town of Salfit in the occupied West Bank, according to local sources.

Mayor of Hares, Omar Samara, told WAFA that a group of settlers who came from a nearby illegal Israeli settlement outpost sneaked their way into a ranch near the village, where they uprooted about 13 olive saplings belonging to Aisha Mahmoud Qasem, a local citizen.