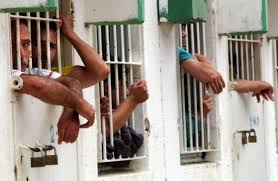 RAMALLAH, Saturday, February 6, 2021 (WAFA) – The Israeli military detained 456 Palestinians in the occupied territories during the month of January, including 93 minors and eight women, and at least 179 were from occupied East Jerusalem, among them 56 minors, today said four Palestinian prisoners’ advocacy groups.

The Detainees and Ex-Detainees Commission, the Palestinian Prisoner Society, Addameer for Prisoner Support and Human Rights, and Wadi Hilweh Information Center – Jerusalem, said in a joint report that the Israeli occupation authorities also issued 105 administrative detention orders in January, including 30 new orders while the rest were renewal of orders.

The groups said at least 355 of the prisoners have contracted the coronavirus disease, while some of them were taken to hospital in serious condition as a result.

In addition, 11 prisoners are suffering from cancer. They are among 700 prisoners with various illnesses, including 300 with chronic diseases.