After holding it for 10 months, Israel turns over body of slain Palestinian to his family for burial 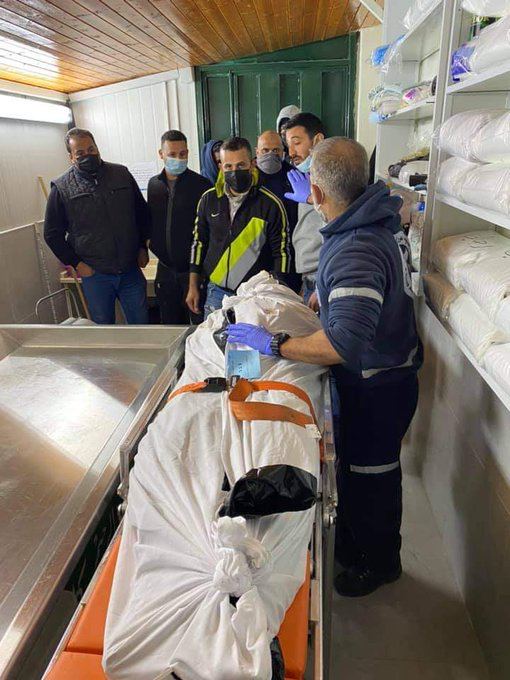 Body of Maher Zaatra being turned over to his family for burial after Israel withheld it for 10 months.

JERUSALEM, Thursday, December 31, 2020 (WAFA) – The Israeli occupation authorities today turned over the body of slain Palestinian Maher Zaatra after being withheld for almost 10 months, according to local sources.

Zaatra’s body was released by the Israeli military very early today and handed over to a limited number of his family in order to be buried in his East Jerusalem’s Jabal al-Mukabber neighborhood under very strict Israeli restrictions and high presence of its forces.

Zaatra, 33, was shot by Israeli forces on February 22 after he allegedly attempted to stab an Israeli policeman near Bab al–Asbat /Lions Gate/ in occupied Jerusalem, causing him a serious injury that led to his death later.

Dozens of Palestinians killed by Israeli occupation forces are withheld despite calls by human rights groups on Israel to release them. Israel said it will use the bodies as a bargaining chip in any future exchange deal with the Palestinians.